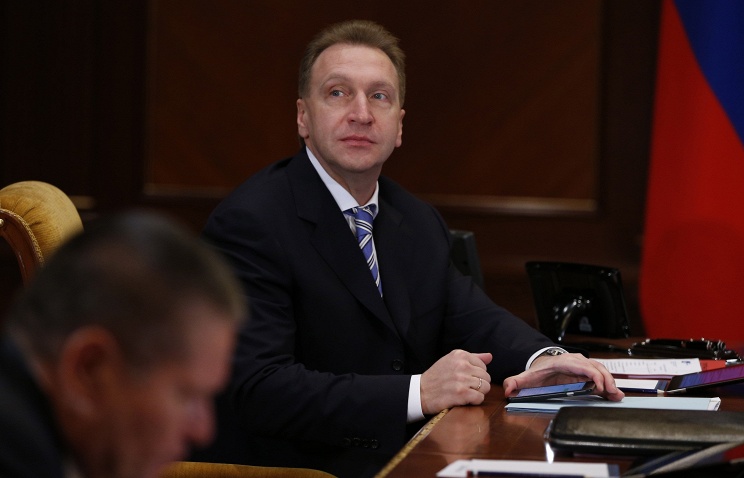 According to a spokesman for Shuvalov’s secretariat, the issue of privatization hasn’t been taken off from the agenda. “Negotiations are constantly underway and investors’ attention hasn’t gone down. Privatization at whatever the cost is not a professionally set question. Market environment and general quality of sales is taken into consideration during negotiations,” he said.

The official called the current situation in Russia’s economy is difficult though the country passed most challenges in 2015.

“We once again confirm that we don’t isolate anyone from ourselves and sanctions have nothing to do and cannot have anything to do with what we’re doing amid current environment as the situation is really difficult. But I think we passed the full extent in 2015,” Shuvalov said.

According to First Deputy PM, the start of 2016 presented certain challenges but if the current situation is compared with January 2015 the situation is totally different, more stable.

“This was a totally different situation while the current situation is much more stable. I can say that amid the ruble’s volatility and current oil price the situation is being taken more properly. People calculate incomes and expenses in dollars less, people think about rubles,” he said.

According to Sghuvalov, reduction of Russian budget expenditures is useful for improvement of the country’s budget system.

According to Shuvalov, the most important public programs contain an idea of what is efficient and what is not. He added though that the situation cannot be regarded as comfortable.

“But the situation is useful. This is useful for improvement of the budget system, useful for shifting to a more diversified economy,” Shuvalov said.