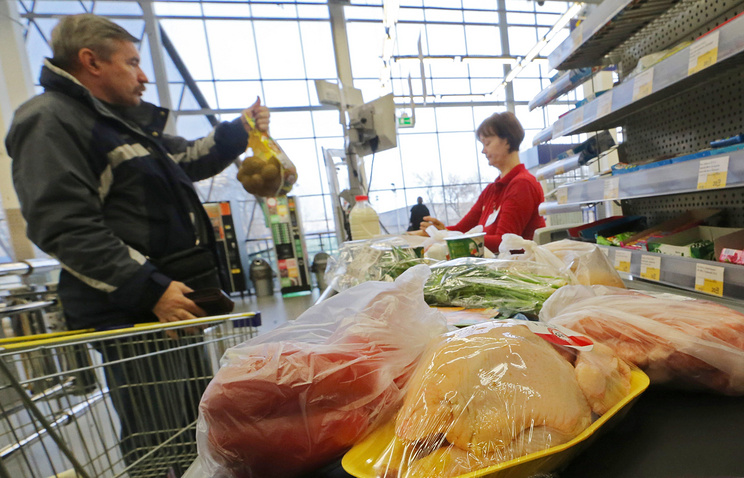 Food inflation declined threefold in 2016, the Bank of Russia said on Wednesday.

Price growth rates declined significantly for all main groups of goods and services and most notably for foods in 2016, the regulator said. “Food inflation was 4.6% in December against 14% a year earlier. Annual inflation declined overall to 5.4% in December 2016. This corresponds to the lower limit of the outlook of the Bank of Russia, which contemplates delivery of 4% target inflation level at 2017 year-end,” the Central Bank said.

At the same time, inflation slowdown last year was partly conditioned by temporary factors, the Bank of Russia said. “Food inflation slowdown was largely the result of fruit and vegetables prices declined (by 6.8% over the year) in the environment of high offer volumes. Pro-inflation risks related to higher inflation expectations remain along with the risk of exhausted effect of temporary beneficial factors. Pursuit of a moderately tough monetary policy will contribute to steady decline of investment expectations and setting the trend of inflation reduction to the target level,” the Central Bank said.