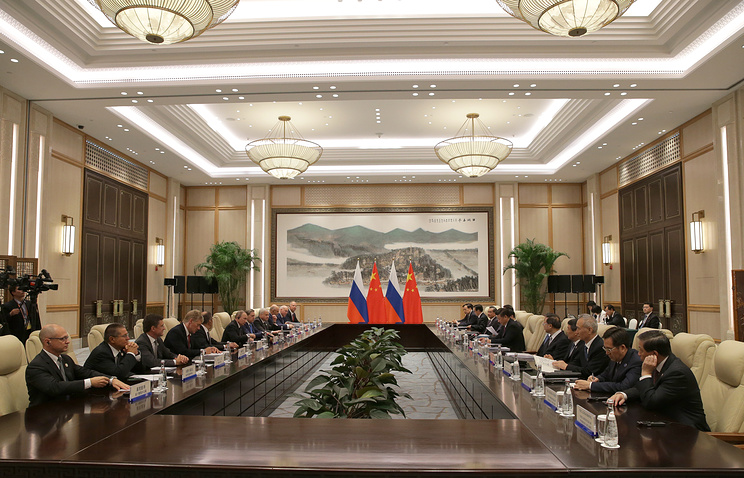 Russian and Chinese prime ministers plan a meeting in November, and prior to that, in October, ministers of economy will have their meeting, Russia’s Minister of Economic Development Alexei Ulukayev told reporters on Sunday.

The minister said at the earlier meeting between the Russian and Chinese leaders they discussed a wide agenda of economic issues in addition to political topics.

“We have 10 big projects, including a long-haul aircraft, heavy helicopter, trans-border railway and road crossings, development of the nuclear energy and so forth. We have a very good track in work between Eurasian Economic Union and China in organization of a more free trade, and our project to liberalize services and investments,” the minister said. “The slump in trade with China has practically stopped judging from results of first six months.”