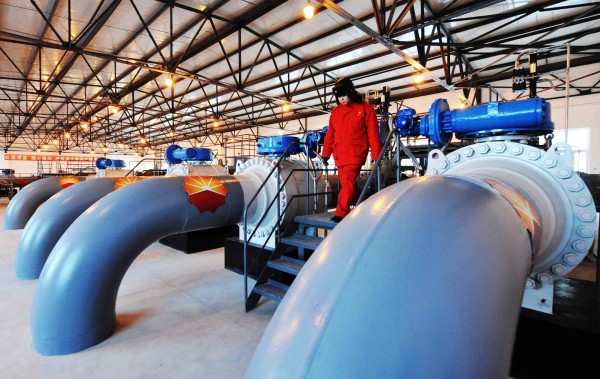 Two weeks after saying that Russia’s economy had emerged from recession, Economic Development Minister Alexei Ulyukae is calling for the development of “non-oil exports” to offset the drastic drop in global energy prices.

“Unfortunately, we have entered a rather long period, when commodity prices are not as high as over the last 10-15 years. This also applies to oil and gas, and metals,” he told reporters in remarks published by the Russian Tass news agency.

Global commodity prices fell to record levels in July and August following China’s devaluation of its yuan currency and waning confidence in its manufacturing and industrial output.

The fall in commodity prices was all the more damaging to oil and gas producing countries such as Venezuela, Indonesia and Russia.

Russia is a major oil producer and much of its economy, already impacted by EU and US sanctions over the crisis in Ukraine, is dependent on its exports.

Since July 2014, the benchmark West Texas Crude oil has fallen from around $100 a barrel to hovering above $40 a barrel in December 2015.

On Friday, the Oil Producing and Exporting Countries (OPEC) cartel opted not to cut production quotas. Their decision briefly pulled oil prices below $40.

Ulyukae on Friday said that it is likely the global economy is entering a period of unusually low oil prices. While this is a boon to major oil importers, it can be a death knell for oil produces.

In previous years, OPEC members have been rather aggressive about maintaining oil price stability; they have relied on high global prices to balance their national budgets.

But with oil prices plunging, nearly all of the OPEC members this year will not be able to rely on their oil economy to balance their budgets; some, such as Saudi Arabia, will have to tap into their strategic foreign currency reserves to make up any deficit.

A number of Western experts have echoed Ulyukae’s concerns. Some, such as the Goldman Sachs investment firm, say that oil could go as low as $20 a barrel.

Ulyukae’s assessment came a day after Russian President Vladimir Putin announced that the economy would move toward non-genetically modified products.

“Russia is able to become the largest world supplier of healthy, ecologically clean and high-quality food which the Western producers have long lost, especially given the fact that demand for such products in the world market is steadily growing,” Putin told the Russian parliament, the Federal Assembly.

The question then this year is why OPEC has allowed oil prices to fall by more than 50 per cent in the past 18 months.

Many people point the finger at Saudi dominance of the cartel.

As the largest oil producing and exporting country in the world the Kingdom may have a number of motives behind its decisions and policies.

There are those who believe that current Saudi policy is designed to help destroy Russia’s economy.

Moscow has been one of Saudi Arabia’s greatest energy competitors and geo-political adversaries. Russia has also been a strong backer of Syrian President Bashar Al-Assad and Iran – both of which Saudi Arabia has tried to undermine by supporting Islamist rebels in the region.