Russia Targets Global Market With “Airliner of the 21st Century” 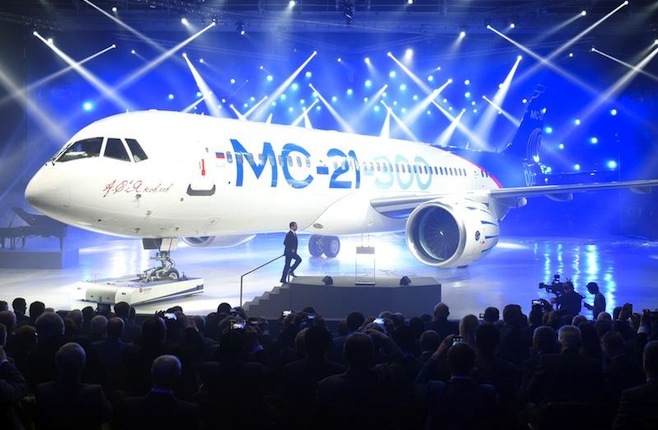 Russia has presented the country’s new MS-21 passenger plane — dubbed “the airliner of the 21st century” — in the Siberian city of Irkutsk, the RIA Novosti news agency reported Wednesday.

Oleg Demchenko, president of the Irkut aircraft company, said that the plane had been designed for potential buyers at home and abroad. “A few years ago we decided to make a plane that will be respected in the global aviation market. We are sure that the MS-21 will be the best in its class,” Demchenko said, RIA Novosti reported.

The Irkut aircraft company has already received orders for 175 MS-21 planes, with the first deliveries scheduled for the end of 2018. Russian flagship air carrier Aeroflot is to purchase 50 aircraft, the TASS news agency reported.

Russia has been increasingly focused on increasing its share in the global aviation market in recent years, following plummeting aircraft production levels after the fall of the Soviet Union.

The country’s most recent success has been the sale of 15 Sukhoi Superjets to Irish regional airline CityJet.

The Irkut and Sukhoi aircraft companies are both subsidiaries of the United Aircraft Company, in which the Russian government holds a majority stake.

Irkut’s MS-21 will be produced in two models: the MS-21-200, capable of carrying up to 165 passengers and the MS-21-300, with a capacity of up to 211 people. The share of foreign components used in the planes’ production stands at between 30 and 40 percent, the Kommersant newspaper reported.

Test flights are scheduled to begin at the end of 2016.