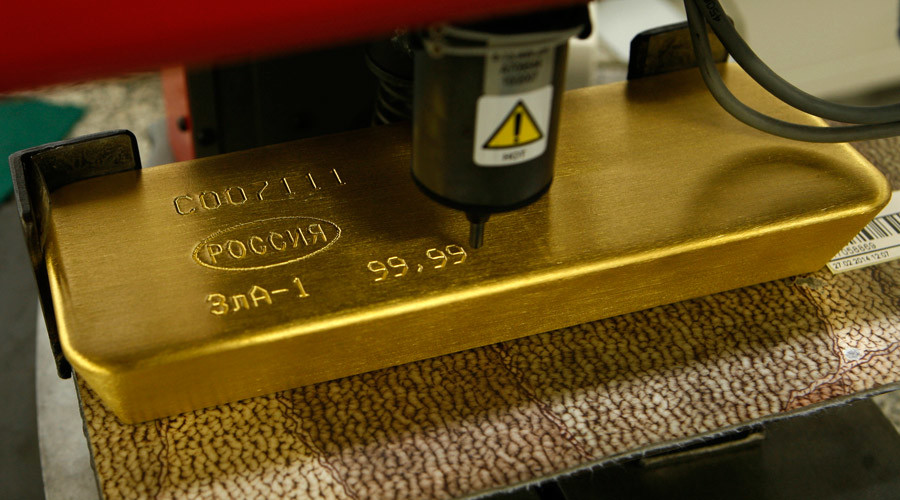 The Central Bank of Russia bought 356,000 ounces of gold in February becoming the largest buyer of the precious metal among the world’s central banks, business daily Vedomosti reports, quoting the IMF data.

In June 2015, the First Deputy Governor of the Central Bank Dmitry Tulin said the regulator intends to increase Russia’s international reserves to $500 billion within three to five years.

The Central Bank had previously been spending the reserves to prop up the ruble. In November 2014 the regulator switched to a floating exchange rate and started increasing the reserves which reached $510.5 billion in early 2015.

The IMF has not yet included China in its February statistics; however the People’s Bank of China reported it had bought about 320,000 ounces of gold that month.

The largest seller was Turkey which sold about 1.2 million ounces, more than seven percent of its gold reserves.

Canada, which is in the top 10 of gold producers, has sold off its reserves maintaining a symbolic 100 ounces.

In February, Canada’s Finance Department spokesman David Barnabe said the government has a long-standing policy of diversifying its portfolio by selling physical commodities (such as gold) and instead investing in easily tradable financial assets.