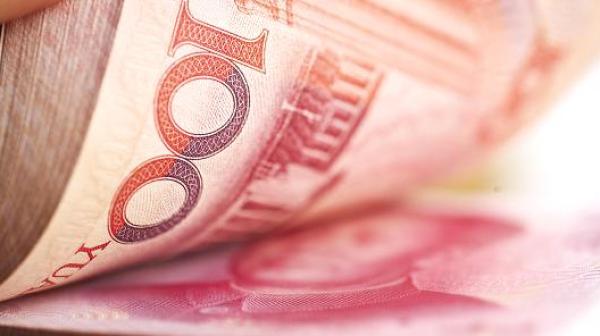 Major moves in recent weeks have rapidly advanced the internationalization of China’s renminbi (RMB) currency, which is expected to especially benefit Latin America.

Christine Lagarde, head of the International Monetary Fund (IMF), announced earlier this month in Lima that the IMF was about to complete the assessment of whether the renminbi would join the basket of currencies making up the Special Drawing Rights.

While Chinese development funds have long been available in Latin America, lenders such as the Industrial and Commercial Bank of China (ICBC) and China Construction Bank are offering all types of transactions.

The speeding up of the internationalization of the RMB as a global currency has had a positive impact for other countries. Across Latin America, from traditional partners such as Chile and Argentina to heavy weights such as Brazil and new markets like Mexico, the RMB is making waves.

Argentina is perhaps China’s biggest financial partner in the region. The first sign of this came when Argentina and China signed a three-year, $11-billion currency-swap deal in July 2014 during Chinese President Xi Jinping’s Latin American tour.

Under the agreement, Argentina can pay RMB when importing products from China. The swap has boosted the foreign reserves of Argentina, a country locked out of international bond markets since 2001.

When the first interchange took place in October 2014, worth $814 million, the Central Bank of Argentina said the RMB “represented a very attractive investment currency for central banks.”

In January, Argentina requested the fourth installment, worth $400 million. The swap was meant to last three years, but was used up in just over one year.

According to a report by Argentine consultancy firm Econometrica, the swap had “saved 2015” for Argentina, and “isolated it from international economic reversals.”

In September, the People’s Bank of China (PBOC) was designated as a clearing bank for RMB transactions in Argentina, facilitating bilateral trade and investment. The actions have helped Argentina, as demonstrated by the efforts of the country’s central bank governor, Alejandro Vanoli, to seek a second currency swap.

Yang Wanming, China’s ambassador to Argentina, told the Noticias Argentinas news agency in late September that “we are currently reviewing the request (for a second swap) as we give a lot of importance to financial cooperation with Argentina.”

In September, the PBOC, the country’s central bank, authorized the ICBC to act as a clearing bank for transactions using the RMB in Argentina.

Asked about the significance of the move, economist Matias Carugati

called it a great advantage because it advanced making the RMB a reserve currency.

“As more such agreements are signed with countries and regions around the world, the RMB will become more and more influential until the International Monetary Fund accepts it in its basket of reserve currencies,” he added.

Chile presents an interesting comparison to Argentina in its financial relations with China. While both countries have suffered from the commodities slowdown, Chile has been very proactive in seeking to rebalance its economy.

With copper prices dropping for months now, Chile has sought to use this to its advantage. In May, during Chinese Premier Li Keqiang’s visit to Chile, the two countries agreed on a currency swap worth 22 billion RMB ($3.5 billion) over the next three years, which is expected to promote bilateral trade and investment.

China agreed to grant a quota of 50 billion RMB to qualified foreign institutional investors in Chile. The China Construction Bank was appointed as an RMB clearing bank for the country, the first one in Latin America.

With this fiscal setup in place, Chile could then advance with diversifying its exports to China. In August, former president Eduardo Frei led a team of diplomats and entreprenerrs to Beijing and Shanghai to show the rich diversity of Chilean agricultural produce and other areas.

With their economic relations more focused on manufacturing and raw materials, China and Mexico have not always been the closest of financial partners. However, tighter financial interdependence is becoming evident with the opening of ICBC’s first branch in the country on Oct14.

It is the fourth country in which ICBC has opened its doors after Argentine, Brazil and Peru. It will begin operations in 2016 and seek to become a bridgehead for increased financing, investment and trade with Mexico.

Chinese companies are also making their mark in Mexico. Last year, China Railway Construction Corporation (CRCC) won a concession to build the country’s first high-speed railway from Mexico City to Queretaro. While the agreement was later withdrawn due to domestic political issues, CRCC is expected to reapply when the project is relaunched.

CNOOC and Envision are seeking to participate in Mexico’s energy reform, either in oil and gas extraction or in wind farms. Having a bank such as ICBC on hand to support their efforts in the country will be a major advantage.

Since China and Brazil signed a $30 billion currency swap in 2013, there had not been many more such financial agreements until in May when Premier Li announced a $50-billion investment package for Brazil. The Trans-Oceanic Railway that would link Brazil’s Atlantic coast to Peru’s Pacific coast is likely to be China’s defining involvement in the country, although State Grid’s moves into the Brazilian electricity sector are also meaningful.

With the Petrobras scandal, President Dilma Rousseff facing impeachment and the real being progressively devalued, China’s support may be Brazil’s best news until next year’s 2016 Rio Olympics.