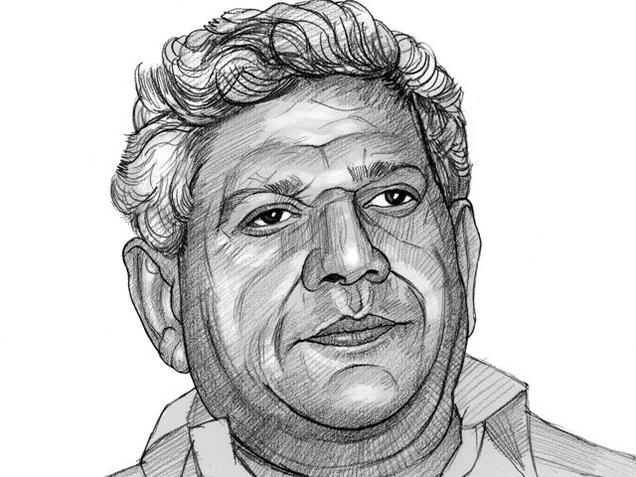 More dangerous than unmet economic goals is the ideological chauvinism.

The King of France, Louis XV, achieved notoriety for saying, “After me, the deluge”. As the first year of this Bharatiya Janata Party-led National Democratic Alliance government ends, Prime Minister Narendra Modi seems to be amending this to read as: “Before me, the void: After me, the deluge”. He has gone as far to say, twice on foreign soil in May, that NRIs were “ashamed” of being called Indians before he got elected.

During the course of this one year, we are being told ad-nauseum that Mr. Modi is rebuilding India from the ruins left behind by six decades of successive governments. Alas, Atal Bihari Vajpayee and the six-year long NDA government have been confined to forgotten history. Undoubtedly, there has been a plethora of unfulfilled promises, a merciless loot of our resources and growing exploitation of our people during these decades. This, however, is not the point of this Modi government’s public relations exercise. Their point is to portray the Prime Minister with the arrival of a messiah a la the mythological Kalki avatar. Never mind that the Governor of the Reserve Bank of India has recently said that Mr. Modi must not be thought of as “Ronald Reagan on a white horse”. The myth-manufacturing PR wheel continues to turn.

It is now clear that what has been attempted this year is an attack on whatever rights common Indians have managed to achieve through struggles for so far. The government is in retreat, with huge cuts in the budget, in vital areas of health, education, social welfare, Scheduled Castes/Scheduled Tribes sub-plans etc.

There is a new trident of challenges that is being constructed before both the country and the people: there is an aggressive pursuit of neoliberal economic reforms, an onslaught on the secular democratic foundations of the Indian republic by the sharpening of communal polarisation, and a the slow but certain movement towards authoritarian rule. The last is easily seen in the damaging of democratic institutions and the bypassing of methods sacrosanct in a parliamentary democracy.

This NDA government is aggressively pursuing neoliberal economic reforms followed by the previous Prime Minister, Manmohan Singh. All key sectors of our economy have now being opened up for greater Foreign Direct Investment inflows. The government is backtracking on many issues that it had opposed earlier such as permitting FDI in retail trade. The most brazen U-turn has been the new Land Acquisition Ordinance that it has pushed through thrice after having supported the 2013 Bill. The urgency to hand over real estate to foreign and domestic corporates for profit maximisation is driving the government’s agenda at the expense of ruining vast sections of our peasantry. Precious mineral resources are being handed over for private profit along with ambitious targets of the privatisation of the public sector. Crony capitalism is having a field day.

The statistical base year for national income accounts has been changed in order to project the GDP growth rate in better light. Despite this, it is clear that manufacturing and industrial growth is just not taking off. Corporates have registered an unprecedented accumulation of inventories. This is leading to a fall in employment sharply. Coupled with the relentless rise in the prices of all essential commodities and successive big hikes in the prices of fuel, this is imposing severe hardships on the livelihood of our people.

The agrarian distress is deepening. For the first time since Independence, a fall in the total cultivated area has been reported. With the hike in the prices of inputs and the sharp decrease in subsidies, many farmers are abandoning agricultural activity as they are unable to survive. Forced to borrow, they suffer debts that they are unable to repay. This is resulting in continued incidents of distress suicides. The state of the workers is no better — the share of wages as a proportion of GDP now stands a little over 10 per cent compared to over 25 per cent in 1990-91.

On the other hand, the rich have become richer. As per the Forbes list 2014, the 100 richest people in India are all U.S.$ billionaires, i.e., 45 more than the figure of 55 in 2011. The combined wealth of these 100 billionaires comes to $346 billion. The share of the top 1 per cent in the total wealth of households has increased from 36.8 per cent in 2000 to a phenomenal 49 per cent in 2014. The promised ‘better days’ are turning from illusions into a nightmare for the vast majority.

Simultaneously, communal polarisation is being kept on the boil and is being sharpened through governmental patronage. The BJP, as the political arm of the Rashtriya Swayamsevak Sangh, is advancing the project of transforming the modern secular democratic Indian republic into the RSS project of an intolerant ‘Hindu Rashtra’. The communal campaigns of ghar vapsi and the stigmatisation of inter-religious marriages as ‘love jihad’ are accompanied with frenzied efforts to replace history by mythology and philosophy by theology. This is resulting in attempts to change the curriculum of schools and the nature of research bodies in the country. There are growing reports of communal tensions and even riots from various corners of the country. Attacks on Muslim minorities and targeting Christian churches in particular have grown exponentially. Mr. Modi has not assured even on the floor of Parliament that action would be taken against those who violate the law with impunity, by delivering inciting hate speeches.

Using the strength of its majority in the Lok Sabha, albeit with just 31 per cent of the vote polled, the BJP bulldozed nearly 50 legislations without parliamentary scrutiny. Parliamentary scrutiny is exercised by the Parliamentary Standing Committees examining all legislative proposals. These committees have as their members virtually the entire political spectrum represented in both Houses of Parliament at any point of time. This enables them to suggest fine-tuning of these legislations and if necessary, to reconsider or redraft some.

These are indeed ominous signals. This year has been marked by the NDA not being able to meet economic expectations, no doubt. But it has heralded a new and retrogressive phase in India, which is more dangerous. The government is stepping back from international commitments made in the spheres of environment, human rights and labour laws, the latest being the changes in the Juvenile Justice law. This government believes in reversing progressive economics by minimising government where it is most required — pulling millions out of poverty — and replacing it with policies for the already rich and powerful. This, along with a narrow and chauvinistic idea of India, threatens to push back even small social gains made. Social peace and harmony are undervalued goods, and any attempt to tinker with social amity as political design will have explosive consequences.

Moreover, Mr. Modi and the BJP claim as their triumph the fact that no corruption scam has emerged during the course of this year. Does anyone recollect any such scam during the first four years of the UPA government? Just as time exposed the UPA scams, so will time expose this government’s record in aggressively pursuing crony capitalism.

Louis XV’s infamous remark is widely believed to have anticipated the French Revolution. What Mr. Modi’s attempts to paint India as the land of the void before him leads to, surely time will tell.

(Sitaram Yechury is the general secretary of the Communist Party of India (Marxist).)