Putin to Discuss Draft Budget for 2017-2019 With Government 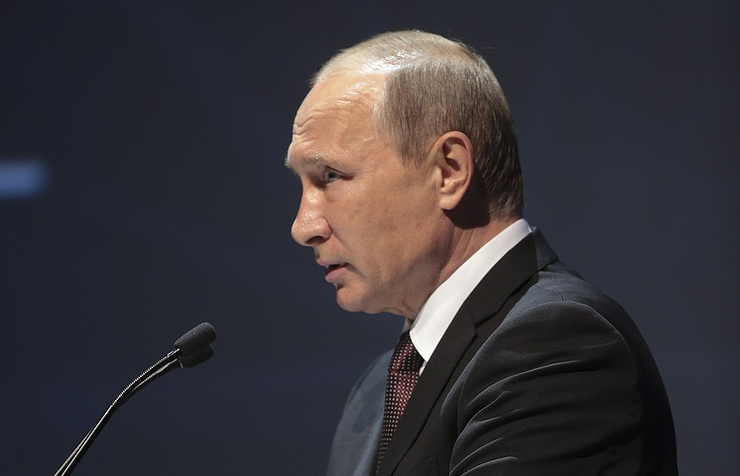 Russian President Vladimir Putin will hold a traditional meeting with members of the Russian government on Wednesday. According to the Kremlin press service, “the draft federal budget for 2017 and the target period of 2018 and 2019 are on the agenda.”

Earlier reports said that on Thursday, October 13, the document will be discussed at a Cabinet meeting. This year the government is to submit to the State Duma (lower house of parliament) the draft law on the three-year budget a month later than usual – until November 1 rather than until October 1 because of the September 18 State Duma elections. According to Russian Prime Minister Dmitry Medvedev, the draft law will be submitted to the lower house of parliament until October 28.

At a meeting on the budget issues in late September the head of state demanded that the document focus on the performance of social obligations and avoid excessive reserve spending and national debt increase. According to the president, the most important task is to ensure the sustainability of the public finances. Putin also noted that the authorities have to maintain the federal budget deficit, even though it “is within the parameters that are absolutely acceptable.” In general, Putin set the task to ensure the macro-economic conditions that will encourage the growth of the national economy and the preservation of the trends to reduce inflation – it should reach the level of 4%.

The president also drew attention to the financial support of priority projects in health care, education, housing and public utilities and the road complex, the support of small and medium-sized businesses and in some other areas. In addition, the head of state pointed to the need to push ahead with efforts to reduce the dependence of the federal budget on oil prices.

Putin earlier expressed confidence that the government would be able to establish a constructive dialogue with the newly-elected State Duma while discussing the country’s main financial document. The president called on the lawmakers to promptly join the work on the 2017 draft federal budget and the target period.

The president holds meetings with the government on a regular basis. The last such meeting was held on September 19. Its participants discussed, in particular, the priorities of the government’s demographic and social policy for 2017-2019.