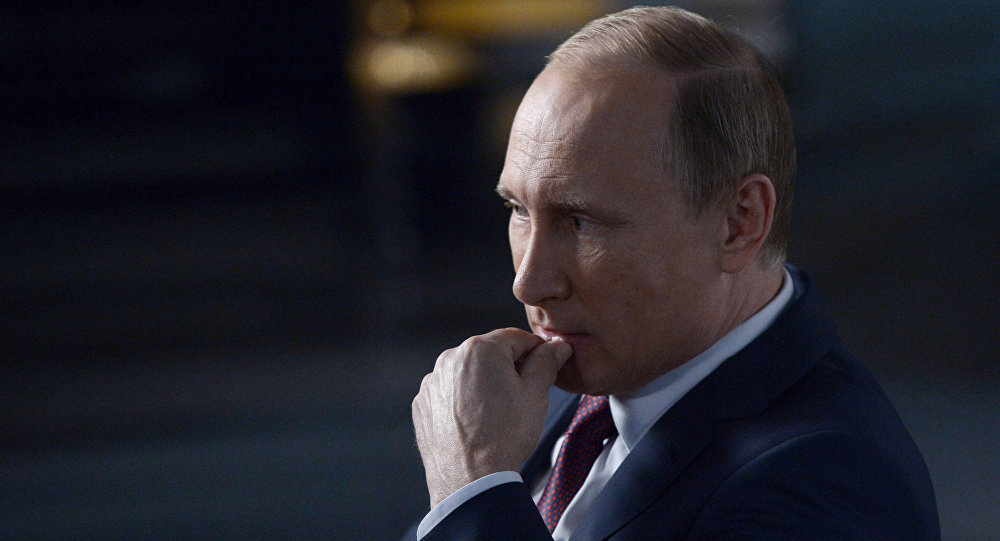 The new documentary film “World Order” was aired on Rossiya 1 television channel Sunday. Vladimir Putin was among those interviewed for the documentary. For your convenience Sputnik compiled best bits and pieces of the interview with the Russian president.

Putin emphasized the importance of being careful when it comes to nuclear weapons, stating that although Russia has its nukes ready, it “never either swung or would never swing its nuclear club at others.”

“I hope no person is insane enough on Planet Earth who would dare to use nuclear weapons,” Putin said.

On the issue of foreign interference into internal affairs of countries, the Russian president said a national government’s drawbacks shouldn’t be a reason for an intervention.

“The most important thing is not to undermine legitimate governments, not to destroy their statehood even if it appears to be imperfect,” the president said.

“I think that no one should ever impose any values, which he/she considers to be correct, on others. We [Russia] have our own values and our own ideas about justice,” Putin explained.

Some countries out there have “lost a sense of reality” thinking that they could tell Russia how to conduct its politics. That isn’t going to happen, according to Putin.

“I guess that political nouveaux riches have lost a sense of reality… There are some countries and nations that will never accept a secondary role, a role of an occupied country or some kind of a vassal. It will end sooner or later. Soon enough, I guess,”Putin said

Geopolitics is an important issue the world has always faced. Putin thinks if the geopolitical struggle cannot be avoided, then it should at least be civilized, with its principles uniformly understood and supervised.

“It is essential for future development to build relations of the so-called geopolitical struggle. The fight is inevitable and it is normal. It is only necessary to conduct it in compliance with the civilized rules,” Putin said.

“In relation to Ukraine and the post-Soviet countries in general, I am convinced that the position of our Western partners — Europe and the US — is not to do with the protection of Ukraine’s interests, but with attempts to prevent the re-creation of the Soviet Union. And nobody wants to believe us that Russia doesn’t aim to re-create the Soviet Union,” the president said.

According to Putin, the West has now realized that it made a mistake by supporting an anti-government coup in Ukraine. However, now the West isn’t willing to admit it.

“You cannot improve anything by organizing a coup. Has anything improved in the country? The power is in the hands of oligarchs,” Putin said.

“Nobody wants to financially support Ukraine… At the same time, they [the West] want to shift the financial burden to Russia…  Let’s share the risks, we said. We are ready to restructure Ukraine’s debt to us… They do not want to share this risk.”

Putin also touched upon his neighbors on the European continent, stating that “Europe’s problem is that it doesn’t have independent foreign policy. At all.”

“The role of Germany, which can and should act at international stage, cannot be ignored in order to change the existing international climate to increase stability,” Putin said.