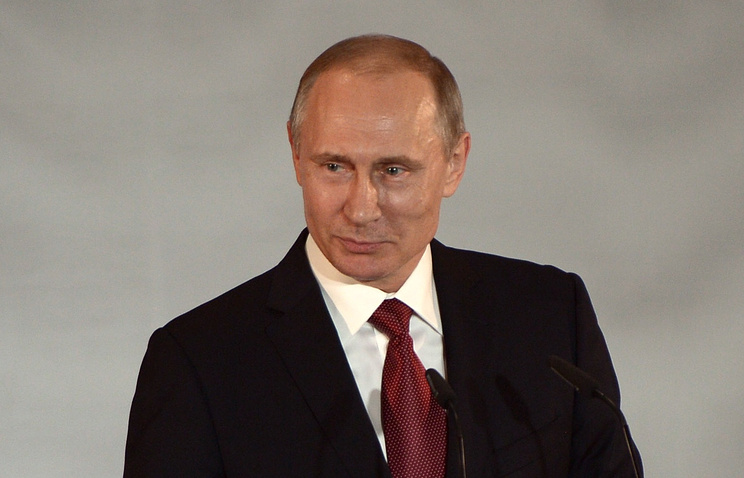 Russian President Vladimir Putin urges to reach after intensive development of the fuel and energy sector instead of the extensive one. The president made such a statement at the meeting with Energy Minister Alexander Novak.

“Good development” is noted in nearly all areas of the fuel and energy sector.

“Attention should not be relaxed relatively to all questions we discussed now. Certainly, we need to aim intensive development of the sector, upgrading and transition to modern equipment and modern management methods of the sector,” Putin said.

“Performance is good so far; I hope it will not be worse but will be even better in the second half of the year,” he added.

The energy minister told the president that the capacity upgrade program in the energy sector is 85% completed and nearly 26,000 MW out of 30,000 will be commissioned as of 2016 year-end.

Two tasks should be solved now in the sector – decommission old inefficient capital assets and create conditions for old facilities upgrade, the Minister said. At the same time, there will be no need for increase of total installed power in several coming year, Novak said.

The minister added that the extraction of tight oil in Russia in 2016 up around 15% despite difficulties with funding.

“This year, production of tight oil grows by almost 15%,” Novak said. He noted that such figures were possible “despite difficulties with attracting funding and external investment.”

“Our companies are working,” he said.

The minister said upgrade of Russian refines made possible to reduce fuel oil production by 21%.

“Fuel oil production declined on account of upgrade, by 21% this year. We will produce just 56 mln tonnes [of fuel oil] this year, while this figure was 78 mln tonnes in prior years,” Novak said.

“It means these 20 odd million tonnes were refined into products of higher conversion: premium gasoline, other products, and road bitumen, that is, higher grade products,” he added.

“We already see 15% growth in large-scale production of polymers supplied for processing and then to chemicals production,” the minister said.

New coal preparation methods are implemented in the coal sector, Novak said. “Russia is at one of leading positions there and preparation percentage is growing from year to year. Now we have 51% and we are going to reach 85% in longer term,” he added.

Novak noted the Energy Ministry considers it necessary to complete the tax maneuver, to reduce the export duty and to increase mineral extraction tax increase starting from January 1, 2017.

“In our opinion, fiscal maneuver must be completed, and starting from January 1, 2017, its third and final parameters should enter into force: reducing export duty to 30% and increasing mineral extraction tax,” he said.

According to him, “it is important not to change the decisions that were made because companies plan their activity based on previous solutions”.

“Despite low prices, despite problems with attracting external financing, this year general volume of investment in the fuel and energy sector is expected at around 3.6 trillion rubles ($55.46 bln). If we compare it with last year, when it was about 3.1 trillion rubles ($32.35 bln), the increase is almost 15%,” the minister said.

According to Novak, in the gas sector Yamal LNG project increased investment in 2016. According to the Minister, the investment exceeds 400 bln rubles ($6.1 bln) – a figure from 2015.

“There is also increment is in the coal industry, the oil industry and the power sector. This means that companies continue to invest in such conditions, seek funds. This year, I can say that capacities of almost 6,500 MW will be introduced in the power sector, 1,400 MW was introduced in the first half of the year in the Chelyabinsk region,” Novak told the president.

According to the minister, Russia plans to get rid of imported technologies in oil producing wells drilling by 2019.

“I’d like to cite a positive example in oil production, because foreign technologies, especially rotary rigs, are often used there for directional or horizontal drilling. Gazprom Neft company performed pilot tests of models developed by Russian companies at Vyngapurovskoe field. Industrial production will be established after these pilot tests by 2019, that is, we will completely get rid of dependence on imported technologies,” the minister said.

The minister said Russia has maintained the leading position in the world in export of hydrocarbons.

“As for exports, we have maintained a leading position in the world, despite the fact that the toughest competition,” he said.

According to him, during the first half of 2016, the volume of gas exports increased to 6 billion cubic meters, or 6.8% year-on-year, while oil exports grew by 6.2% and exports of coal increased by 8.2%.

“Despite the fact that we have a decrease in in supplies to China, as you know, we continue to work with them in terms of simplification of the quality of verification procedures,” Novak said.

He noted that this year the total amount of coal exports to the East exceeded the western direction for the first time.

“If earlier the western direction dominated this year we have already reached 51% in the East thanks to such countries as Japan, South Korea, India, Vietnam,” the Minister said.