Putin Preparing for State of the Nation Address to Federal Assembly 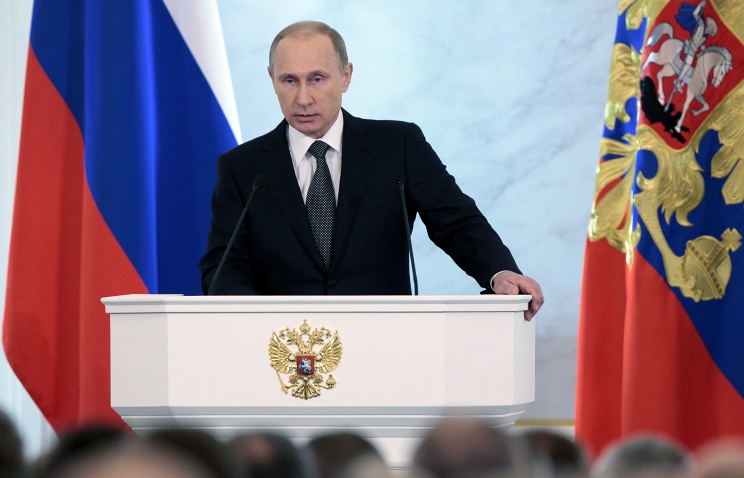 Russian President Vladimir Putin is preparing the state of the nation address to the Federal Assembly (parliament) that he will make on December 3.

“He (the president) will continue getting ready to deliver the address. I cannot say about any public events scheduled for Wednesday. The president is working on the text of his address; its main ideas and key messages,” Kremlin skopesman Dmitry Peskov told journalists.

Kremlin Chief of Staff Sergey Ivanov told reporters earlier that Putin would make the state of the nation address in December after a thorough personal scrutiny of the draft and amendments to it. “It’s up to the president to decide on how to place accents when he completes reading the blueprint of the address and introduces his corrections and amendments – and he most typically does it with his own hands in the most literal sense,” Ivanov said.

Vladimir Putin said at the beginning of November he had begun to familiarize himself with the address. This is a mandatory annual address a president reads out to members of both houses of parliament to fill them in on his own views as regards the guidelines for the nation’s development. “The address is a collective brainchild because it can’t be done at a high professional level without contributions from the government or the Central Bank of Russia,” Putin said.

The previous state of the nation address was presented to the Federal Assembly in the St George’s Hall of the Grand Kremlin Palace on December 4, 2014. Putin started reading it out at 12:06 Moscow Standard Time, and the whole address lasted more than an hour. He began it with thanking the Russians for the support and solidarity at crucial moments of history when the future of the country was in the making.