Putin Goes to Berlin for “Normandy Four” Meeting with Merkel, Hollande and Poroshenko 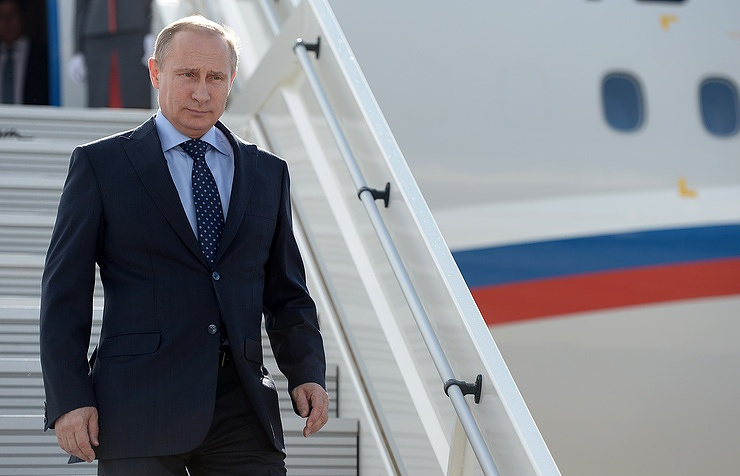 Russian President Vladimir Putin is going to Berlin on Wednesday for the “Normandy Four” meeting to discuss ways of peaceful settlement in Donbass. A possibility of holding new direct negotiations between the leaders of Russia, Germany, France and Ukraine has been questionable until the last moment. The four leaders reached an agreement on holding the meeting only on the summit’s eve.

On October 17, Russian President’s Press Secretary Dmitry Peskov said the chances for holding the Berlin summit were slim. But 24 hours later he confirmed that the Russian president would visit Berlin for the “Normandy Four” talks on October 19. According to him, the Russian leader had several meetings behind the closed doors ahead of the Berlin summit.

“A year has passed since the presidents of Russia, Germany, France and Ukraine met in the “Normandy Four” format in Paris last year. In fact, it was the aides’ work, which showed the need to synchronize the watches,” Peskov explained.

He added that Moscow was convinced that there was no alternative to the Minsk agreements, which should be carried out by all the countries, which undertook commitments under the document. Despite Kiev’s unwillingness to carry out the Minsk agreements, Russian President Vladimir Putin is open and ready for talks. He does what is possible and necessary for promoting the Minsk process within the “Normandy Four” framework.

However, in Peskov’s view, it is still too early to talk about any concrete agreements. In this connection, Peskov reminded the Kiev government of the need to carry out the political part of the Minsk agreements. “We know that the situation here leaves much to be desired. Kiev has met none of its commitments so far. The Kremlin believes that Kiev’s recent calls for forcing Moscow to implement the Minsk agreements only confirm the complexity of the situation ahead of the “Normandy Four” talks.

Russian President Vladimir Putin said the other day that Kiev was actually trying to shift the responsibility to justify its own refusal to carry out the political part of the Minsk agreements. The Russian head of state said the solution of security problems should be accompanied by political steps necessary for the settlement on the whole and in a long-term perspective.

“No settlement will be possible without that,” Putin said.

In this connection, Putin remembered Kiev’s commitments to pass the laws on amnesty and the Donbass special status and amend the country’s constitution.

“We talked about that in Minsk the whole night (the Normandy Four talks on February 11-12 2015 – TASS). If that is not done, it will mean that the incumbent authorities (in Kiev) are not ready to resolve problems in the southeast of their own country,” Putin stressed.