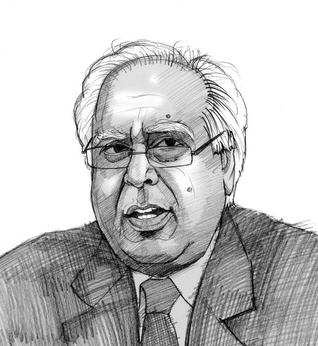 Mr. Modi sold promises and dreams during his campaign speeches but the reality has been vastly different.

Narendra Modi believes he has transformed India in the last one year. In his speeches abroad, especially to NRIs, he has repeatedly made this point, though he chooses not to do so in India. Mr. Modi catapulted to the position of Prime Minister by selling a dream of bringing succour to the lives of the marginalised millions. At the end of one year, we need to assess the transformation he promised.

Mr. Modi promised that when he came to power, the economy would grow at 10 per cent or more. He promised to put in place procedures to ensure ease of doing business. After one year, it is business as usual. In fact, a recent study reveals that profitability of 2,941 major companies in the quarter ending December 2014 declined by 16.9 per cent compared to the corresponding quarter of the previous year. Indeed, key drivers of corporate profitability, namely investment, household consumption and corporate dividends, continue to be weak. Many analysts have in fact downgraded the earnings forecast all the way till March 2016.

Latest figures from the Finance Ministry (March 2015) indicate that 2,099 mega projects involving an outlay of 18.13 lakh crore are stalled with the Project Management Group directly under the control of the Prime Minister. The government’s claim about reversal in the economic fortunes of India is hollow. It is because of the abysmal performance of the corporate sector and the non­professional way in which state­owned banks give loans that PSU banks are deeply crisis­ridden with bad loans and restricted assets reaching a gigantic Rs. 7,12,000 crore (13.2 per cent of total advances), a figure higher than our fiscal deficit.

Mr. Modi, instead of making outlandish statements beyond our borders, should focus on, or at least have his Finance Minister deal with, the reality of economic stagflation that is bleeding us.

Before the elections when inflation was a real problem, Mr. Modi continuously proclaimed that when in power, he would ensure inflation was controlled and households did not struggle. His government was fortunate to see the crude oil price fall. From $108 a barrel in May 2014, it is now $60. This helped the Finance Minister reduce the deficit and the wholesale price index came down. Unfortunately, the inflation that touches the aam aadmi was not addressed. The average price of select items consumed daily by people is higher today than a year ago. The price per kilo of wheat flour, pulses, milk, mustard oil, vanaspati, onions and potatoes has increased, in some cases by 10­15 per cent. In September 2013, when the rupee depreciated to Rs. 66 a dollar, Mr. Modi had said, “[Due to] the failure of Manmohan Singh, the rupee has landed in hospital, where it is battling for life on a ventilator.” Today, it continues to be on a ventilator, hovering around Rs. 64 to a dollar.

Mr. Modi made promises knowing that fulfilling them would be a tall order. Amit Shah has now admitted that the vow to bring back billions of dollars of black money was just a chunavi jumla (electoral gimmick). Statements like these shake people’s confidence in the credibility of politicians. There are huge procedural wrangles in bringing back black money. The promise to put Rs. 15 lakh in every citizen’s bank account from the recovered black money was an unethical and dishonest attempt to garner votes. Now that they are in government, both the Finance Minister and Mr. Modi realise the difficulties and no longer talk about it.

Mr. Modi also promised to remove corruption. On April 21, 2014, he said he would personally ensure the removal of criminals from Parliament. We are yet to see that happen. In fact, the Lokpal Bill, an emotive issue that caught the attention of the people, saw the BJP supporting the Aam Aadmi Party to up the ante against the United Progressive Alliance. Now, the Prime Minister appears to have forgotten about it and is even silent about its introduction in Parliament.

Despite the hype, on­ground delivery is not visible here. Mr. Modi’s policy on Pakistan has been a failure; he does not know how to deal with Pakistan. He would have us believe that all is quiet despite the fact that incidences of cross­border intrusions have increased and Nawaz Sharif has expressed anguish and alleged that the Prime Minister has let him down. There is no change on the ground and yet our Foreign Secretary went to Pakistan in March under the garb of a SAARC meeting. No breakthroughs followed.

Mr. Modi recently returned from China. In his election campaign, he had said it was shameful for the External Affairs Minister to go to China despite repeated Chinese incursions across the border. The incursions continue, but Mr. Modi himself happily visited China, despite the Chinese reaction to Mr. Modi’s Arunachal Pradesh tour in February. On the issue of incursions, the Finance Minister said recently, “As far as China is concerned, on the line of actual control, China has a different perception on what the line of actual control is, India has a different perception.”

It seems that incursions by Chinese are no longer an issue, legitimised because the perceptions of the two countries on the line of actual control are different. In China, Mr. Modi unilaterally made a statement that e­visas would be granted to Chinese tourists, despite the Foreign Secretary stating the opposite a few hours earlier. Mr. Modi has lost a great opportunity to use the e­visa as a bargaining chip to settle our concerns qua Arunachal Pradesh and Jammu & Kashmir.

As for the U.S., Mr. Modi suggests there has been a transformation in relations since President Barack Obama accepted the invitation to be a Guest of Honour on Republic Day. Relations between countries are not transformed through ceremonial visits. It is only when Americans invest in our economy that the relationship will be considered transformative. From the U.S. standpoint, road blocks to investments in India remain. Unless bold policy decisions are taken, real transformation will not happen.

The real failure of this government has been its complete disregard of the social sectors. Agriculture, education, health, and the concerns of small traders, who represent the backbone of the economy, have all been sidelined. Allocations on education and health have been drastically reduced. Agriculture is in distress. The growth rate in agriculture has come down to 1.1 per cent from 3.7 per cent in 2014. More farmers are committing suicide than ever before. The average debt of 52 per cent of all agricultural households is Rs. 47,000, of which 26 per cent is owed to private moneylenders — the root cause of farmer suicides. There has been no attempt to have a crop insurance scheme. Mr. Modi should know that 80­85 per cent of all farmers own less than 1 hectare of land, which means that land is their only source of livelihood. If they lose that, they will be deprived of their livelihood and, in the absence of skills, they cannot be absorbed in non­agricultural sectors. Therefore, the amendments to the Land Bill are ill­timed. This legislation should only move forward when there is enough capacity created in the non­agricultural sectors and enough skills imparted for surplus rural labour. It is clear, therefore, that this government has no clue how to deal with the endemic problems that confront the agricultural community. Mr. Modi is instead showering benefits on a few industrialists, which is the worst form of crony capitalism.

There is also a sinister transformation taking place in India; a silent but sure­footed saffronising of both polity and institutions, particularly in education. This does not augur well for our democracy. Vicious attempts by the saffron brigade to create conflicts through ‘love jihad’ and ‘ghar vapasi’ are matters of deep concern. The essence of India must be protected at any cost. The government by fair means and foul is attempting to destroy what our civilisation has always stood for.