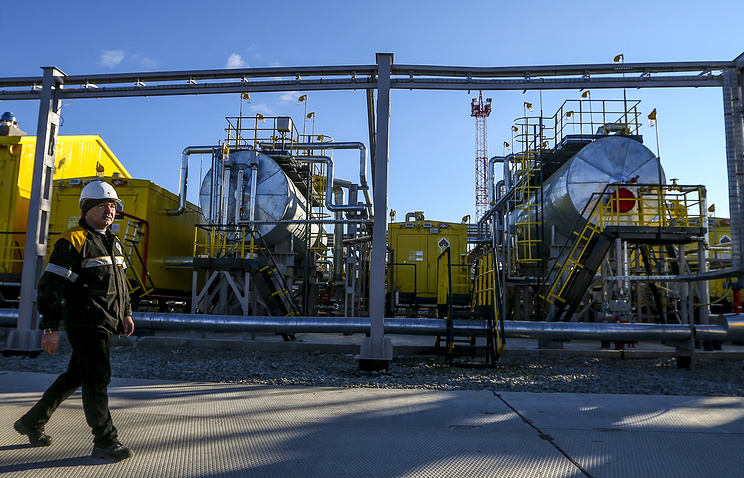 “One of the challenges is the dependence of our energy sector on foreign technologies and equipment. Despite the decisions we took in recent years, for a number of positions this dependence is still at a critical level. This situation needs to be changed,” he said at a meeting of Russia’s Energy Strategy until 2035.

The Prime Minister stressed the importance of supporting domestic producers who are ready to provide the sector with the equipment that is competitive in terms of quality and price. Medvedev said that the government should use tax and fiscal instruments to encourage energy companies to use mainly Russian products.

According to Medvedev, consolidated annual investments of the companies in the energy sector are estimated at 3.5 trillion rubles ($57.4 bln).

“We want the money to work for the development of our own economy, not any other. When our largest energy companies prepare their investment programs they should proceed from this approach,” the Prime Minister said.

He added that the state also plans to support the production of most promising equipment and technologies on the territory of Russia.

“We hope that thanks to import substitution the share of imports in procurements of fuel and energy companies after the completion of the Energy Strategy, that means in 20 years, will be not more than 10-15%,” Medvedev said.

The head of the government said that if Russia wants to have competitive energy sector in the future, than “the state and the business should invest in innovations.”

Energy intensity of Russia’s GDP is higher than in developed economies and energy consumption may be potentially slashed by a third, according to Medvedev.

“We are still very wasteful in terms of energy resources use. Energy intensity of our GDP is still times’ higher than in developed and many developing economies. The energy saving potential is about a third of current energy consumption and even higher, according to certain data,” the Prime Minister said.

“The strategy should provide systemic measures to improve the energy efficiency. This pertains not merely to the fuel and energy segment, where opportunities to optimize use of resources are high, but also to the economy at large, especially that our companies are already fairly active in manufacturing of energy saving equipment,” Medvedev said.