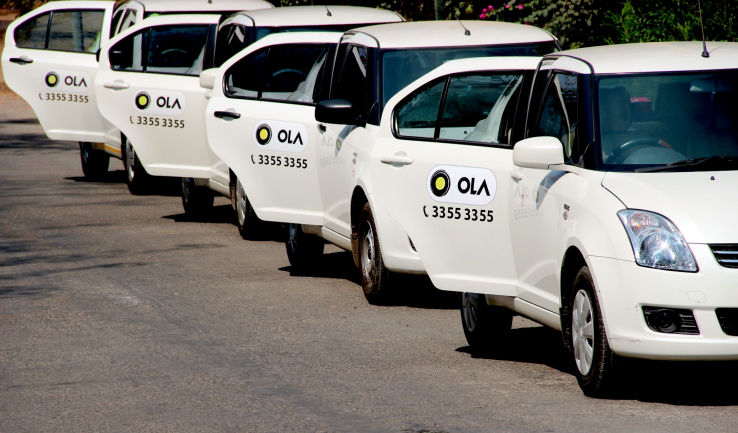 Ola, run by ANI Technologies Pvt. Ltd, said it “will use these funds to further grow in the market and expand presence across existing categories as well as in innovating mobility solutions for the local market”.

Mint reported in September that the company had received about $225 million as part of the overall $500 million funding round, a deal it was expected to close shortly and could have valued the firm at nearly $5 billion.

With the current round, Ola has closed over $1.3 billion of external funding, of which over $1.2 billion has been raised over the past year. In April, Ola raised $400 million led by DST Global and in October 2014 Japan’s SoftBank Group led a $210 million round into the cab aggregator.

Other investors in Ola include Matrix Partners, Steadview Capital, Sequoia India and Accel Partners US.

“As we pursue our mission to build mobility for a billion people, we are excited about bringing onboard partners who can help us get there faster. We will continue to build for the local market through innovative solutions like Ola Share, Ola Prime and Ola Money, as we grow the mobile ecosystem in India,” said Bhavish Aggarwal, co-founder and chief executive at Ola.

Founded in January 2011 by IIT Bombay alumni Aggarwal and Ankit Bhati, Ola (formerly Olacabs), claims that it has grown by over 30 times in the last one year, and is now clocking over one million booking requests a day.

Ola has over 275,000 cabs, 75,000 auto-rickshaws, apart from Kaali Peeli taxis and yellow taxis registered on its platform across 102 cities in India.

Over the past year, Ola has ventured into a food delivery service—Ola Café—and launched an independent grocery-ordering app called Ola Store, seeking to match the strategy Uber is adopting elsewhere in the world. Uber is already delivering groceries, food and e-commerce products in the US.

The company also aims to be a one-stop transportation solutions provider and hence after cabs and auto-rickshaws, the firm has rolled out shuttle bus services by on-boarding chartered and tourist buses on its platform.

Earlier this month, Ola also announced its entry into the mobile payments business with the launch of a dedicated mobile app, a move that will put it in direct competition with Alibaba Group-backed Paytm and Snapdeal-owned FreeCharge. Ola Money allows users to recharge their mobile phones and send money to friends and family. The company also plans to expand services to payment of utility bills and add more partners on the platform, including e-commerce firms and food-ordering sites.

In July, San Francisco-based Uber, currently the world’s most valuable start-up at $51 billion, committed $1 billion worth of investments to be pumped into India within 6-9 months. Uber, a distant second to Ola, claims to be growing 40% month-on-month in India and expects to clock more than one million daily rides by the end of the current fiscal. It has introduced certain India-specific measures to suit its business to the local market. These include cash payments and low-cost services.

Ola bought smaller rival TaxiForSure in a $200 million deal in March to increase its lead over Uber, and now claims to have an 80% market share.