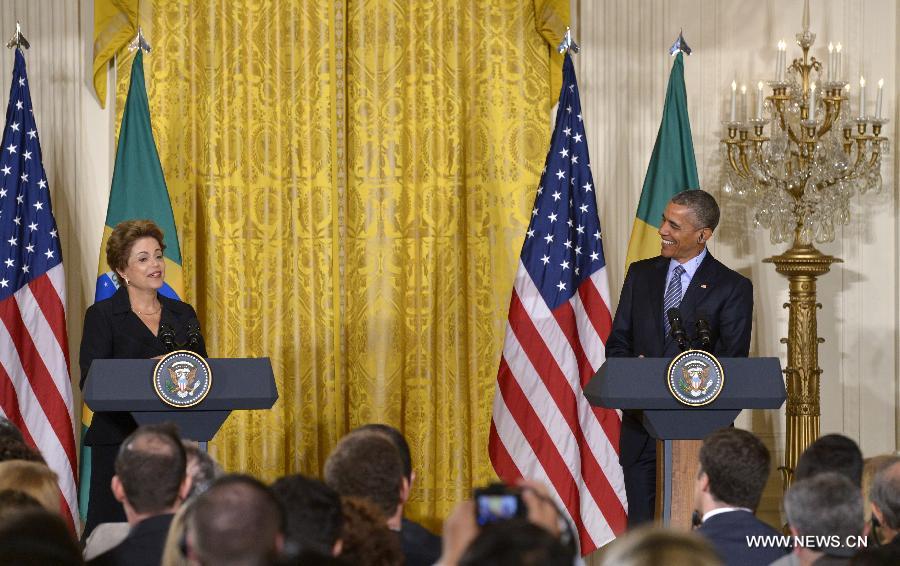 A cornerstone of the U.S. engagement with Latin America is a strong partnership with Brazil, Obama said at a joint press conference with Rousseff at the White House, adding that “our two nations are natural partners in the Americas and around the world. ”

Rousseff’s visit came amid signs that the two countries have moved past tensions caused by a spying scandal nearly two years ago. The Brazilian President canceled a planned visit to the U.S. in late 2013 in a response to revelations by former National Security Agency contractor Edward Snowden that the U.S. had spied on her.

Rousseff said “some things have changed” since the spying revelations due to assurances from Obama and the U.S. government that they would no longer engage in intrusive acts of spying on friendly countries.

“I believe President Obama,” Rousseff said, adding that Obama told her that he would pick up the phone and call her if he needs information about Brazil.

At President Obama’s invitation, Rousseff is making a two-day visit to the U.S. that started Monday. The two leaders underscored their determination to strengthen “an increasingly diversified and mature partnership,” said a joint communique issued after their bilateral talks earlier Tuesday.

Obama and Rousseff are committed to working closely together to resolve potential obstacles towards an ambitious agreement in the Paris climate negotiations this December, said a statement issued by the White House.

Brazil announced that it will pursue policies aimed at eliminating illegal deforestation and will restore and reforest 12 million hectares of forests by 2030, said the statement.

The two countries also announced a joint goal of increasing the share of renewables — beyond hydropower — in their respective electricity generation mixes to the level of 20 percent by 2030. The goal will represent nearly a tripling of the current share of non-hydro renewables in the grid for the U.S., and more than a doubling for Brazil.