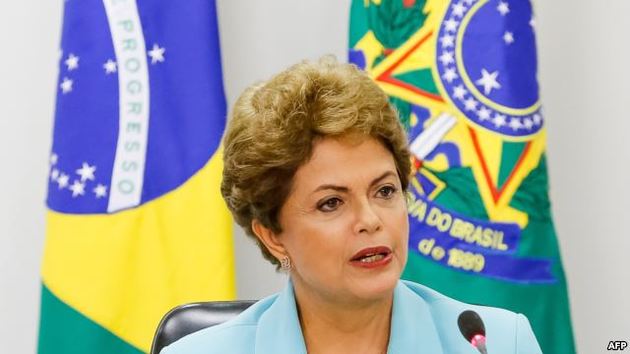 WASHINGTON – The issue of climate change and steps to slow its progress are expected to dominate the agenda when President Barack Obama and Brazilian President Dilma Rousseff meet at the White House, but the leaders will also be striving to show they’ve smoothed things over following revelations that Brazil was a target of American spy programs.

Rousseff arrives at the White House on Monday for dinner with Obama. They meet again Tuesday for more formal talks and a joint White House news conference.

“I would fully expect that climate and the environment will be an important part of the agenda,” said deputy national security adviser Ben Rhodes.

The meeting comes six months before world leaders gather at a United Nations-sponsored conference in Paris in December to finalize a climate treaty. Obama has argued that a gradually warming planet could worsen social tensions and political instability worldwide, in addition to harming the U.S.

Countries are making their positions on climate change clear ahead of the Paris talks. The U.S. already has announced a 2025 deadline to reduce emissions of heat-trapping gases by 26 percent to 28 percent below 2005 levels. It was unclear whether Rousseff would announce her country’s targets while in Washington.

Regardless, Rhodes billed the meeting as “another key milestone on the road to Paris.” Obama has engaged various counterparts on the issue, including the leaders of China and India, Rhodes noted. Climate change was also a major focus when leaders of the Group of Seven industrialized nations, including Obama, met in Germany in early June and agreed that the world should move away from using fossil fuels by the end of the century. Burning oil, gas and coal produces carbon dioxide, which traps the sun’s heat and warms the atmosphere.

The Obama-Rousseff meeting comes nearly two years after she canceled a rare state visit planned for October 2013 to protest revelations that the U.S. National Security Agency had spied on her communications. Reports also said the NSA had hacked the computer network of the state-owned oil company Petrobras and had collected data on billions of emails and telephone calls that passed through Brazil, which is an important hub for trans-Atlantic fiber optic cables.

Rousseff canceled the state visit, an honor generally reserved for close U.S. allies, to address public outrage over the spying as she prepared to run for re-election in 2014.

Brazil’s first female president started her second term in January – Vice President Joe Biden attended her inauguration – but she since has been weighed down by low approval ratings, her country’s poor economic performance and a massive corruption scandal involving Petrobras. Rousseff served on the company’s board, but has not been implicated in the scandal.

Tens of thousands of Brazilians filled streets across the country earlier this year to protest her leadership.

The timing of Rousseff’s trip is coincidental and was settled months ago; Obama announced it when the two met on the sidelines of a summit in Panama in April. But for Rousseff, being seen warmly received by an American president coming off one of the best weeks of his time in office could help her back home.

Obama rejoiced last week after the nation’s highest court upheld a key aspect of his sweeping health care law and granted gay couples the right to marry nationwide. Congress also cleared legislation critical to his ambitious trade agenda, measures that days earlier were given up for dead.

Since Rousseff is not on a state visit, she will not receive a welcome ceremony on the White House South Lawn or be celebrated at a state dinner.