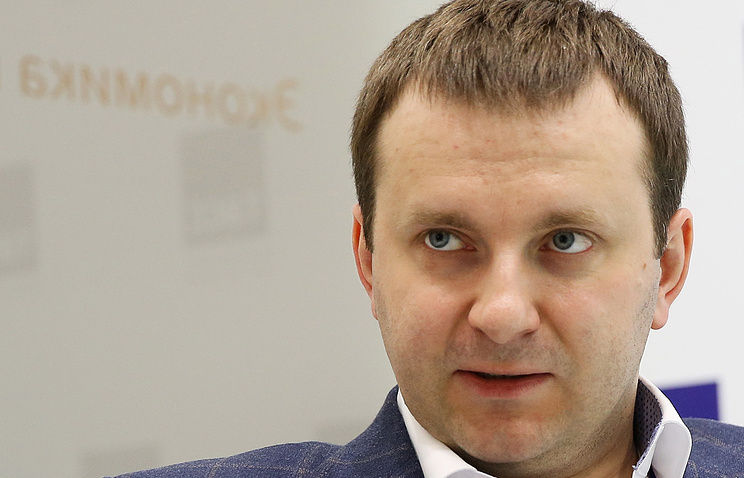 The main task of the Ministry of Economic Development is to eliminate obstacles to growth of the Russian economy, newly appointed Minister Maxim Oreshkin said on Wednesday.

“We have already passed the worst. However, growth rates are definitely insufficient. Therefore the main task for the forthcoming year is to prepare key measures making possible to eliminate structure obstacles to growth of the Russian economy,” Oreshkin said at the meeting with President Vladimir Putin. “Many obstacles are in place; we are just starting work now,” he added.

Maxim Oreshkin was born in 1982 in Moscow and graduated from the High School of Economics in 2004. He held executive positions with Rosbank, Credit Agricole, and VTB Capital. Oreshkin worked in the Ministry of Finance from 2013 and was appointed as the Deputy Finance Minister in March 2015.