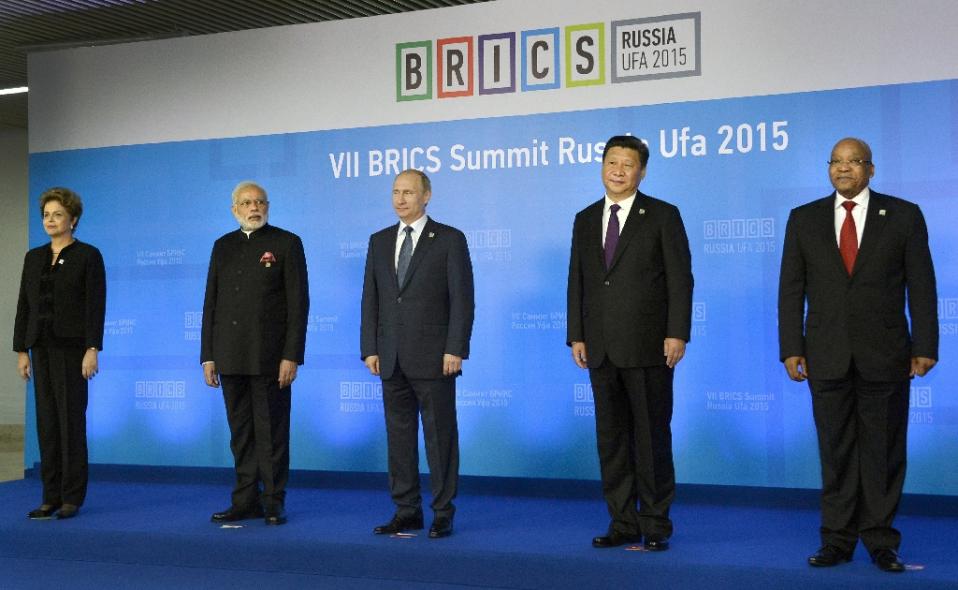 The so-called emerging BRICS countries are made up of Brazil, Russia, India, China and South Africa, and their “New Development Bank” has been seen as a challenge to the Washington-based International Monetary Fund and World Bank.

Operations would begin late this year or early in 2016, he added.

The opening — announced in a short report — comes two weeks after a BRICS summit hosted by Russian President Vladimir Putin.

Moscow — which has suffered huge currency fluctuations and struggled to attract investors since the outbreak of the crisis in Ukraine — sees the bank and a BRICS currency reserve pool as an alternative to international financial institutions such as the IMF and World Bank, which are dominated by the United States.

At the time of the summit, Russian Foreign Minister Sergei Lavrov said in a statement that BRICS “illustrates a new polycentric system of international relations” demonstrating the increasing influence of “new centres of power”.

The BRICS nations represent 40 percent of the world’s population and previously agreed to establish the bank, with estimated capital of $100 billion (90 billion euros).

A Chinese analyst denied the BRICS bank was aimed at challenging other multilateral agencies.

“It’s a complement, instead of a challenge, to existing international institutions,” Li Daxiao, chief economist of Yingda Securities, told AFP.

The BRICS countries have also agreed to set up a $100-billion reserve fund, aimed at shielding them from short-term liquidity pressure and promoting greater financial cooperation.

“It can help avoid another crisis through establishing a fund pool within the BRICS, which can help cushion instability in the currency market,” Li said, referring to the 2008 global economic crisis.

China, the world’s second-largest economy, is also leading the setting up of another new multilateral lender, the Asian Infrastructure Infrastructure Bank (AIIB), which will be headquartered in Beijing.

China will be the biggest AIIB shareholder at about 30 percent, according to the legal framework signed late last month by 50 founding member countries.

The United States and Japan — the world’s largest and third-largest economies, respectively — have declined to join the AIIB.