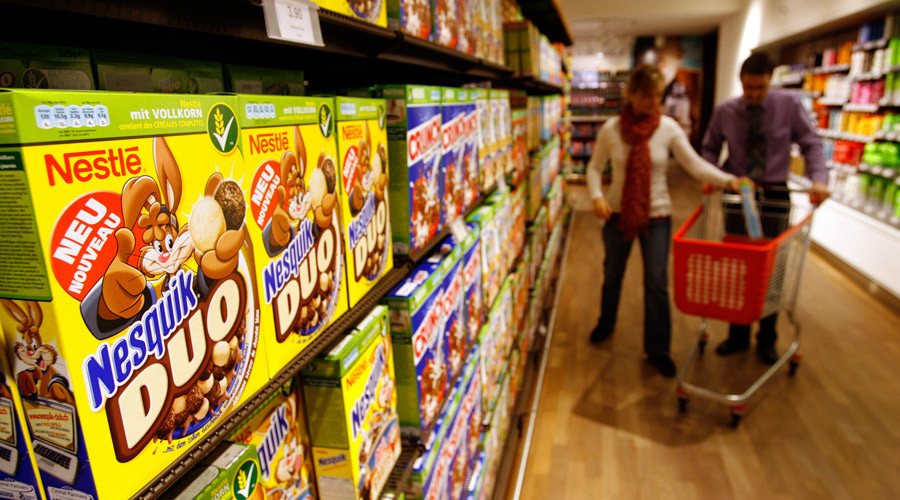 The world’s largest food and beverage producer Nestle predicts the consumer market in Russia will balance in 2017, but it could take several years to reach the level of three years ago.

“We hope the recovery will start in the second part of this year,” Maurizio Patarnello, ‎CEO Nestle Russia and Eurasia Region told Bloomberg, adding that sales volume may stop declining next year.

“Getting back to the sales we had in 2013 will take time, probably two or three years,” said the manager.

Sales grew by up to 18 percent last year after Nestle boosted prices to keep up with inflation. Nestle’s revenue from Russia was $1.5 billion (102 billion rubles).

The Swiss conglomerate owns nine factories in Russia. Nearly 80 percent of packaging and 65 percent of the raw materials used in Russia is sourced locally.

“When you manufacture 90 percent of what you sell here, then you have to engage mostly with local suppliers. This is an effort that we have been continuously doing since we started to manufacture in this country,” Patarnello told Reuters.

Russia is currently struggling with the longest recession in two decades. According to Bloomberg analysts, the country’s gross domestic product (GDP) will drop another 1.5 percent this year after a 3.7 percent fall last year.

Household consumption dropped by nine percent in 2015 and may decline a further 1.5 percent this year. However experts expect growth in both GDP and consumption in 2017.

Earlier this month the Central Bank of Russia forecast the economy would contract by between 1.3 and 1.5 percent this year. Falling crude prices and international sanctions contributed to the decline in the Russian currency which has lost half its value since 2014. Inflation will fall below six percent next year and reach the four percent target by the end of 2017, according to the regulator.

“We are seeing stabilizing and growing oil prices. This means a stronger ruble, lower inflation and a potential rebound in consumption,” said Vladimir Tikhomirov, chief economist at BCS Financial Group in an interview with Bloomberg, pointing out that Nestle’s forecast looks realistic.