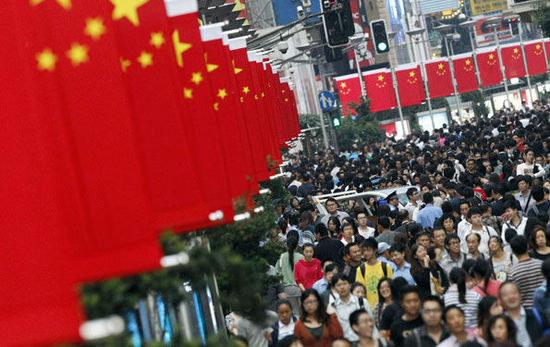 BEIJING, Jan. 2 (Xinhua) — China should step up reforms to let the market play a decisive role in the economy and accelerate its structural shift in 2017, a central bank advisor has said.

Despite signs of stabilizing in 2016, China’s economy still faces downward pressure as its restructuring process is not yet finished, said Huang Yiping, member of the central bank monetary policy committee and an economist at Peking University.

While the economy’s old growth drivers lose steam, new ones are not strong enough to replace them, which is the biggest problem for China’s economy now, he said in an interview with Xinhua.

As growth slows over sluggish foreign trade and an industrial glut, China is trying to base its economy more on consumption, services and innovation.

Huang said new industries are growing fast in many parts of the country, especially in places where the market plays a bigger role and entrepreneurs are more active.

However, outdated and uncompetitive capacity has been slow to exit the market, with many “zombie companies” still receiving government aid and consuming financial resources, particularly in places where the government retains more control on the economy, he said.

To create more room for reforms, the government should set a more flexible target for economic growth in 2017, he said, suggesting a GDP growth target range of 6 to 7 percent, compared with 6.5 to 7 percent in 2016.

China has sound economic fundamentals, a current account surplus and huge foreign exchange reserves, but it now faces some difficulties in supporting growth, he said.

In addition, as more Chinese residents look overseas to diversify their investment portfolio, capital outflows will “last for a certain period” in future, he said.