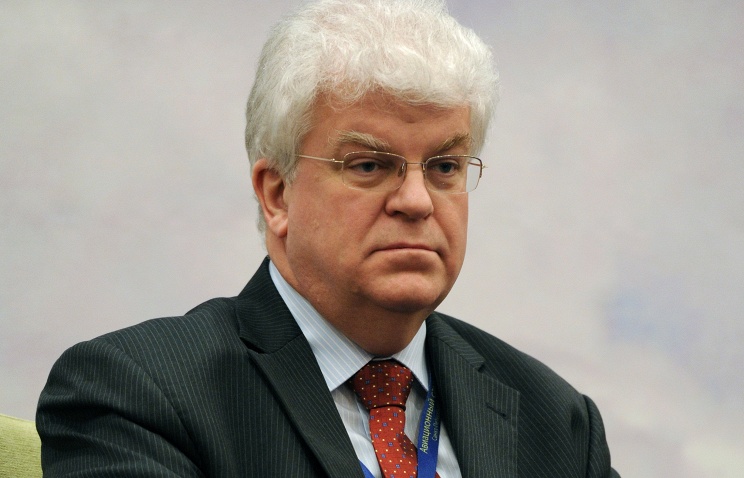 The issue of anti-Russian sanctions is not the subject of Russia’s negotiations with the European Union, Russian EU Ambassador Vladimir Chizhov said in an interview with the Izvestia daily.

“I would not like to speak about the future of sanctions, all the more to guess when and in which form their fate will be determined,” the diplomat said. “We know that discussion (about anti-Russian sanctions) is scheduled for the EU summit in June, but this is not the subject of our negotiations and discussion with the EU,” the permanent representative of the Russian Federation to the EU added.

“This is the problem they created, and they are to solve it,” he said. Chizhov confirmed that more and more EU countries were seeking to see the sanctions abolished.

“In one of my previous interviews I compared this with the physical process of accumulation of a critical mass,” the diplomat said. “So let us wait and see. So far, indeed an increasingly growing number of countries, more and more leaders speak out in favor of ending this practice of sanctions, not only in contacts with us but also publicly,” Chizhov said.

“At a certain point of time, I am sure, their number will grow. I won’t be guessing when this moment will come,” the EU ambassador added.

There has been no change in the EU’s stance on Crimea, the Russian ambassador to the EU, Chizhov.

“Alas, we can’t say the EU has mildened its position on Crimea,” he said. “Its official stance has seen no changes.”

“I think it’s plainly obvious this position doesn’t reflect objective reality,” Chizhov said. “The fact is isn’t shared by separate EU politicians, including MEPs, is laudable but unfortunately it doesn’t change the overall picture. But as the famous saying goes, never say never.”

On March 11, 2014, Crimea’s Supreme Soviet and the city hall of Sevastopol adopted a declaration on independence of the Autonomous Republic of Crimea and the City of Sevastopol from their former master nation, Ukraine, on the background of the sweeping political crisis and the change of state power in Kiev.

On March 16, the residents of Crimea and Sevastopol voted in a referendum on reunification with Russia. With the turnout at the polls exceeding 80%, a total of 96.77% voters in Crimea and 95.6% voters in Sevastopol cast ballots in favor of the reunification. A treaty on incorporation of the two new constituent territories in the Russian Federation was signed on March 18.

Ukraine, the EU and the U.S. refused to recognize Crimea’s independence and reunification of the peninsular territory with Russia.

Chizhov said the problem with migrants from the Middle East arriving in Europe will stay in place in the long-term prospect.

“The problem caught the EU off balance. Attempts to find any palliative solutions come with difficulty so far. Even the modest figures featured in EU decisions fail to be observed. So this problem will evidently be a headache for all without exception countries of the EU for a certain term,” he said.

The actions taken by EU’s officials to plug the channels, along which finances are pumped to terrorists in Syria, are insufficient and more attention should be given to the illegal trading in oil terrorists engage in with assistance from Turkey, Chizhov said.

“As regards the tracing of the financial flows and the economic ties (that keep the terrorists in Syria afloat TASS), the EU has a lot to do in that sphere,” he said. “It’s making some efforts already but the latter still fall short of what’s needed.”

Chizhov also said some amounts of the crude oil that the Islamic State terrorist grouping was selling to Turkey might be reaching European markets.

“I don’t think all the crude oil Daesh sells to Turkey ends up there,” he said. “Some amounts of it are apparently consumed (on the Turkish territory) but considerable amounts get to the European markets, either in the crude or in the refined form.”

Chizhov indicated his doubts over the EU’s readiness to take part in the destruction of the Islamic State’s oil business infrastructure.

“The oil business you’re talking about is one aspect of the mattger and the Islamic State is doing it with Turkey and one can scarcely foresee the EU’s involvement in armed operations to destroy this infrastructure,” he said. “The EU is not a party to military operations in Syria or wherever and it isn’t a military organization, for that matter.”.