Minister: Finland Expects Situation in Trade with Russia to Improve 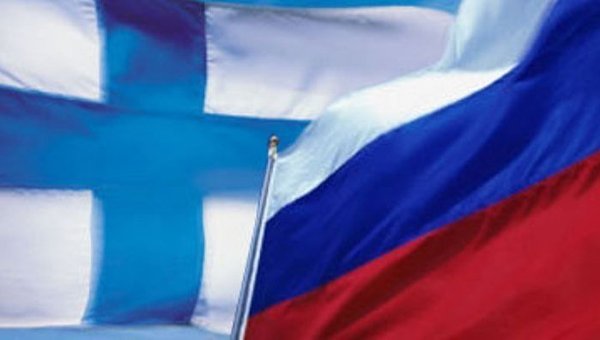 Finland expects the situation in trade with Russia to improve and will take efforts to make it happen, newly appointed Finnish Minister for Foreign Trade and Development Kai Mykkanen said in an interview with TASS.

“In the last three years our exports to Russia fell by one half, which is the lowest level over the recent years. That was caused mainly by a drop in oil prices and the ruble rate – for example now a cup of coffee in Helsinki costs twice as much as three years ago,” he said.

“But I would like to draw your attention to a ray of light in the end of the tunnel – the ruble has strengthened – now the rate is not 80 rubles but 70 rubles for the euro. That means that the rate actually grew by one fourth in comparison with the last winter. Possibilities for export of Finnish goods to Russia also slightly improved. For example, in the first half of the year, the Finnish-Russian Commerce Chamber received more than 160 applications from enterprises that would like to export their goods or to strengthen their presence in Russia,” he said.

Mykkanen said that if the Russian economy remains stable amid the growth in oil prices and the ruble strengthens, some growth in the Russian-Finnish in comparison with the previous year trade may become visible already this autumn.

“The situation in autumn of 2015 was very bad. We won’t see such a sharp growth (in trade) as ten years ago but if in comparison with the last year it is quite possible that this autumn the figures of the mutual trade will really improve. As the Minister for Foreign Trade I will do my best to make it happen. Now, several years after, we have resumed the work of the Russian-Finnish economic commission and I hope that with its help we will create new projects of cooperation for building up the mutual trade volume,” the minister said.

Mykkanen said that the level of trade between the two countries may be more or less restored when oil price reaches $100 per barrel.

“But no one can predict when it will happen. Also a lot depends on the ruble rate. If these two indicators strengthen, the purchasing power in Russia will also grow,” Mykkanen said.

The Minister thinks that although it is early to speak about removal of sanctions against Russia, the situation in general may change soon.

“If Russia takes clear steps towards a rapid implementation of the Minsk agreements, if elections are held in eastern Ukraine in line with the Ukrainian legislation, and the border of Russia with the Donetsk and Lugansk regions is guarded by Ukrainian border guards, then, as it was stated in the EU, easing of sanctions can be considered this autumn,” he said.

He added that in order to better understand each other Russia and the West should try to see the situation through the eyes of the other.