The first Rectors’ Forum of the BRICS Network University was held at the Ural Federal University from April 6 to 9, at the initiative of the Russian Ministry of Education. Over 150 representatives of universities and Ministries of Education of Russia, India, China, Brazil and South Africa participated in this forum. 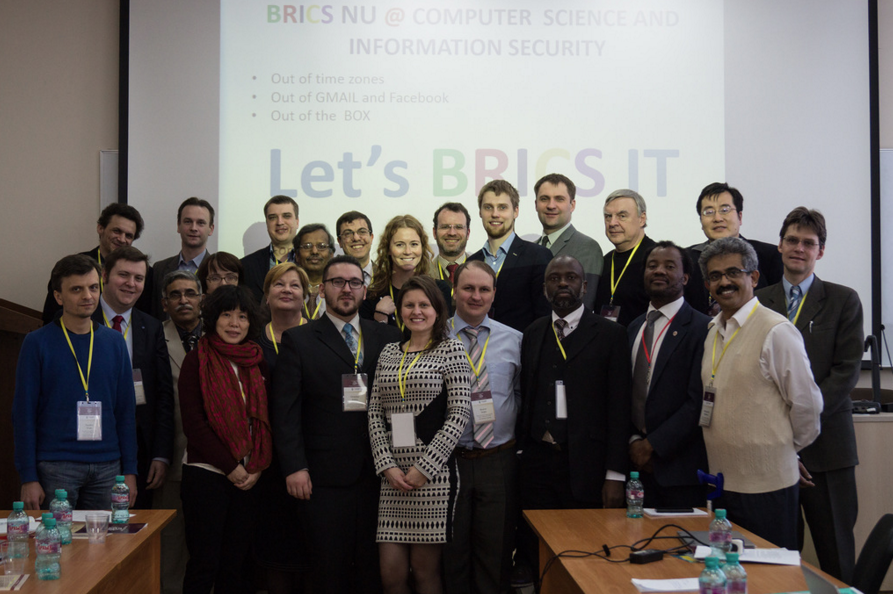 Representatives of the universities signed a protocol of accession to the BRICS Network University at the end of the forum.

Maxim Khomyakov, vice-rector for foreign affairs of the Ural Federal University, said the forum had three main aims. First, it was an opportunity for rectors and vice-rectors of the participating universities to get acquainted with each other. Second, the development of working plans to set up joint programmes in priority areas of knowledge, within the framework of international thematic groups. Third, holding the first meeting of the International Governing Council, which is coordinating this project.

Thematic priorities of the BRICS Network University have been identified as energy, information technologies and information security, research about BRICS countries, environmental and climate change, water pollution and neutralization of pollutants, and economics.

The international thematic groups were formed keeping these priorities in focus. Each group prepared a working plan for the establishment of joint programmes, which were then presented at the final plenary session of the forum.

The first joint summer and winter schools will be later created, exchange programmes between participating universities will be initiated, and then the universities plan to launch joint graduate and post-graduate programmes. Members of the international thematic groups plan to hold regular webinars and conferences to exchange ideas, materials and determine their next steps to move the project forward.

The BRICS Network University is a joint educational project aimed at creating a single educational space, encourage academic mobility, as well as provide the economies of member countries with highly qualified personnel in the fields of energy, economics, computer science, and ecology, among others.

The agreements to set up the BRICS Network University were signed by the Education Ministers from these five countries on November 5, 2013 at the UNESCO Headquarters in Paris.

The BRICS university system is being planned along the lines of the Shanghai Cooperation Organization University, which is already operating as a network of existing universities in the member countries of the SCO.