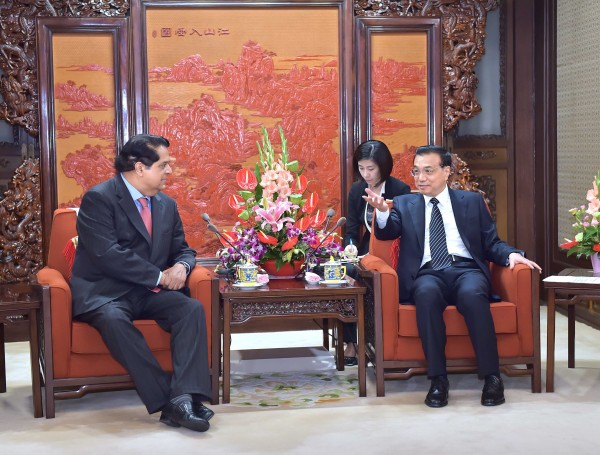 In his first public lecture in South Africa, the Indian President of the BRICS New Development Bank (NDB) KV Kamath said that speed was what differentiated his bank from others such as the World Bank.

Emerging market economies need to have projects approved and implemented quickly, he said on Tuesday.

“But we will not sacrifice transparency, good governance and prudential lending criteria in the pursuit of speed,” he said at the Department of International Relations and Cooperation (DIRCO) in Pretoria.

“What we are doing is creating a start-up with many processes such as recruitment, project appraisal and discussions with capital providers taking place in parallel, so we expect to make our first loans in April next year,” he added.

During the lecture “From Concept to Reality: The BRICS New Development Bank” Kamath said that given the basic structure of the bank was only formalized in July this year, the NDB had already made tremendous speedy strides.

“People ask me what is the ‘New’ in the New Development Bank and I say that is the speed of execution. Over and above that, it is a vehicle to enhance South-South cooperation and to provide funds for infrastructure development, as without infrastructure you cannot have industry,” he said.

Kamath said that his favorite development model is that of China, which initially focused on agriculture to ensure food security.

“It then provided a massive infrastructure boost, which allowed industry to flourish and it is now making the transition to services,” he noted.

Kamath pointed out that emerging countries needed to spend $1 trillion annually to meet the infrastructure needs, but only 10 per cent of that was being provided by the development banks.

The NDB would be working closely with other development banks to bridge this infrastructure gap.

The discussions with capital providers allowed him to assess that the capital markets in China, India and South Africa were deep enough so that the capital raised by the NDB would not crowd out other borrowers.

“The capital providers we have spoken to are keen on new instruments such as the bonds that we will be issuing, while the central bank governors said that they had no issues if we borrowed in one country and used the proceeds in another country as the $100 billion Contingent Reserve Arrangement has swap mechanisms in place,” Kamath told The BRICS Post.

To mitigate exchange rate risk, the NDB will initially focus on loans and borrowing in the national currencies of the BRICS.

The NDB last week allocated functions to its four vice-presidents. Xian Zhu – formerly a vice-president at the World Bank – will be the Chief Operations Officer and responsible for the African Regional Centre.

Paulo Nogueira is the NBD Chief Risk Officer and Vladimir Kazbekov is its Chief Administration Officer.

One of the reasons for the trip to South Africa was to finalise the premises for this centre.

“The African Regional Centre is aimed at providing loans to the whole African continent and we do not have any preconceived ideas on how big those loans should be,” Kamath told The BRICS Post.

Leslie Maasdorp, the NDB’s Chief Financial Officer, told The BRICS Post after the lecture that the bank is in discussions with the ratings agency and that the NDB would likely get a rating before it issued its first loans.

This would then allow them to generate resources for long-term projects.

Kamath said that the NDB wanted to be part of the solution, so it would aim for partnerships rather than a lender/borrower relationship. As part of this ethos, the NBD would also focus on sustainable clean energy projects.

After the lecture, Kamath told The BRICS Post that the NDB would not be issuing Special Drawing Rights like the International Monetary Fund.

“There is no direct link between how much capital a BRICS member paid into the NDB and how much that BRICS member can borrow. Each project will be evaluated on its own merits.”