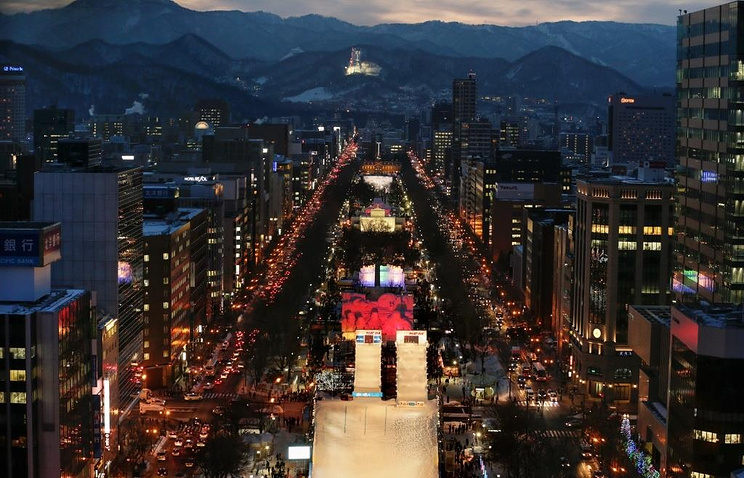 “The Japanese government has come up with an eight-point cooperation plan. In light of this, we have drawn up our own program in five areas,” she said. The issue at hand is producing quality food, promoting health, ensuring a comfortable living standard in cold regions, consuming energy on a rational basis and opening new air routes. “We see that bolstering ties with Russia is vital in terms of this package,” the governor stressed. “We are also actively promoting exchanges at a person-to-person level with Russia’s Far East, and we have a full understanding here, particularly with the leaders of Primorye Territory.”

“At this stage, we are doing well in such areas as greenhouse vegetable production under cold weather conditions on the basis of energy-saving technologies and the construction of the Hokkaido Center office building on Sakhalin Island,” the governor said. “One can also mention technological assistance in constructing highways modified for cold-weather conditions, water pipes and snow containment systems. Cooperation in medicine is going on as well.”

The governor also expressed the hope that direct flights between Vladivostok and Sapporo, Hokkaido’s administrative center, will be launched sometime soon.

Harumi Takahashi emphasized that she is actively involved in negotiations with Russia. “Last October, I visited Sakhalin with an economic mission, and in September I took part in the Eastern Economic Forum in Vladivostok. As I heard, in connection with the upcoming visit of (Russian) President Vladimir Putin to Japan in December, representatives of Russian businesses will come to our country. It would be wonderful if they visited Hokkaido too.”

Hokkaido borders Sakhalin and the Kuril Islands, from which it is separated by narrow straits. This island has an area of over 83,000 square kilometers along with a population of 5.4 million people and accounts for one-quarter of all arable land in Japan. Hokkaido is the leader in many areas of Japan’s agricultural productivity, including wheat, potatoes, milk and beef. Tokyo has repeatedly stated that boosting relations with Russia may stimulate the island’s economy.