Indian Government Works on Steps to Prop up Sagging Exports 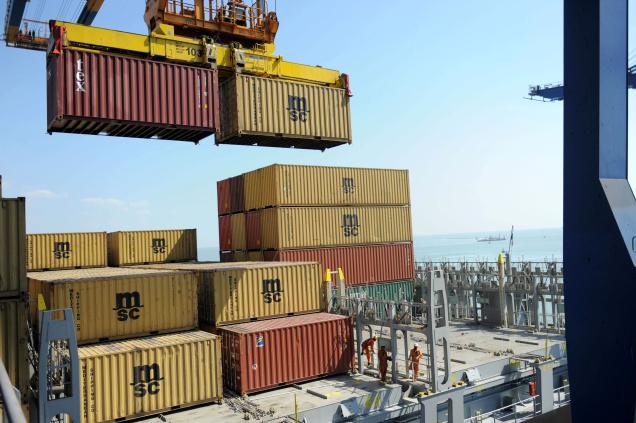 With merchandise exports falling for an unprecedented 12th consecutive month in November, the government is working on a slew of measures to prop up export-oriented institutions, including Special Economic Zones (SEZ) in the forthcoming Union Budget, official sources told The Hindu.

Separately, the Centre has called for a meeting (likely on January eight) of representatives of all the State governments for the first time to expedite the notification of a separate foreign trade policy for each state and to push through infrastructure creation measures that can support exports.

The Union Budget is likely to have a package for SEZs to ensure they are the focal point of the ‘Make In India’ initiative. In addition, to encourage domestic manufacturing, the Budget would address the inverted duty structure (where the duty on inputs/raw materials / components is greater than that on the finished product) on several items, including on electronic hardware. The inverted duty structure leads to higher imports of finished products. Lowering of duties on inputs will rectify this anomaly in turn benefiting local producers.

The Budget may also ease guidelines for the Assistance to States for Infrastructure Development of Exports (ASIDE) scheme to enable the commerce ministry to take up more projects — such as setting up of testing labs as well as cold chain infrastructure at ports and airports — in partnership with the States. Also, service tax on overseas services (such as on testing products, advertisements and commission paid to agents) availed by exporters may be removed. The government may also provide sops for manufacturers / producers (and not traders) particularly in sectors such as engineering, gems and jewellery, leather and textiles (barring apparels) within the framework of the Foreign Trade Policy.

Interest subvention (of three per cent) is also likely to be extended to large manufacturers in some segments like engineering and merchant exporters in sectors such as carpets and agriculture. This is because rate of export credit in India is 11-12 per cent as against 2-3 per cent in the euro area (except Greece), 2.6 per cent in Taiwan, 4.6 per cent in Thailand, 5.5 per cent in China and 6.2 per cent in Malaysia, according to a study by exporters’ body FIEO.

Meanwhile, the January eight meeting of the Centre-State Council on Trade—chaired by Commerce Minister, Nirmala Sitharaman, — will look at trade-related ‘ease of doing business’ measures including matters of local taxes and their waivers / timely refunds, (lack of) availability of land and uninterrupted electricity as well as problems related to telecom and road network. This is to reduce costs and enhance the competitiveness of India’s exports. In this regard, the Centre has already held meetings with states such as those in the North East, Tamil Nadu, Maharashtra and Madhya Pradesh.

The SEZ revival package is likely to include incentives to investors, including those from overseas, to make use of the land and other facilities lying unused in the existing zones. Other sops may include removal / lowering of Minimum Alternate Tax and Dividend Distribution Tax on SEZs (that was imposed in the FY’12 Budget), as well as permission for SEZ units to sell in the domestic tariff area (DTA or domestic market) by paying the same duty as applicable to imports from countries with which India has a free trade agreement (FTA).

SEZs (which are duty/tax free enclaves) have to currently shell out regular duties for sales in the domestic market making their products costlier when compared to imports from FTA partner countries that come in at zero or lower than regular duties.

Meanwhile, a proposal that was being considered by the finance ministry—to abolish direct tax benefits for SEZs not operationalised before April, 2017—is also likely to be shelved.