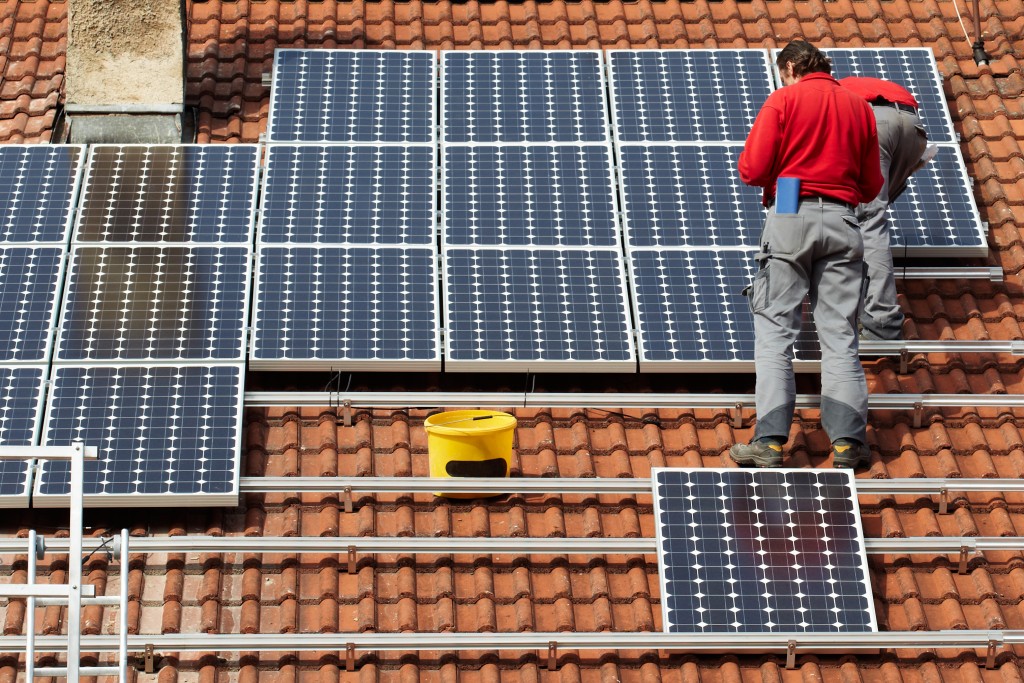 New Delhi: To encourage the use of renewable energy, the cabinet on Wednesday promised to spend as much as Rs.5,000 crore in five years to build rooftop solar power projects and connect them to the national electricity network.

The effort to support the installation of 4,200 megawatts (MW) solar rooftop systems under the National Solar Mission by 2019-20 is a substantial increase from the earlier budget of Rs.600 crore.

The government will provide a capital subsidy of 30% to the states and Union territories for this purpose.

The subsidy will increase to as much as 70% for some special category states such as Uttarakhand and those in the North-East.

There will be no subsidy for private commercial establishments since they are eligible for other benefits such as accelerated depreciation, custom duty concessions, excise duty exemptions and tax holidays, the government said in a statement.

Houses, government offices and social and institutional sectors such as hospitals and educational institutions are expected to create the capacity of 4,200MW.

“The industrial and commercial sector will be encouraged for installations without subsidy,” the statement said.

The government hopes that its support for 4,200MW will have a multiplier effect and will create a larger market, build the confidence of the consumers and enable the balance capacity through private investments.

The government’s focus till now has been towards big solar projects and, therefore, any step to increase solar rooftop projects is welcome, experts said.

“The potential of decentralizing solar power in India is huge. This is a welcome step,” said Arunabha Ghosh, chief executive at the Council on Energy, Environment and Water, a Delhi-based think tank.

At present, the sanctioned and approved grid-connected solar rooftop capacity is 2,080MW. The government hopes higher solar capacity will result in the abatement of about 60 million tonnes of CO2 (carbon dioxide) per year and contribute to the efforts being taken to tackle climate change.

The Narendra Modi administration has been pushing for solar rooftop panels as it believes there is a large potential for generating solar power using the unutilized space.

It is currently possible to generate solar power from solar rooftop systems at about Rs.6.50 per unit, which is cheaper than diesel generators and the cost at which distribution companies sell power to industrial, commercial and high-end domestic consumers, the government says.

The cabinet also took note of the administrative arrangements for implementing the India-Australia civil nuclear cooperation agreement that came into force on 13 November.

The fuel supply arrangements with Australia will bolster energy security by supporting the expansion of nuclear power in India.

This year has been significant for India’s nuclear sector.

During Japanese Prime Minister Shinzo Abe’s India visit earlier this month, the two countries ironed out on a civil nuclear agreement that has been pending for five years.

There was also significant progress with Russia and France on civil nuclear cooperation during the year.

Also, the implementation of the civil nuclear cooperation agreement with the US was put back on course after US President Barack Obama’s meeting with Modi in January and their concerns regarding India’s civil nuclear liability law were addressed.

Now, commercial negotiations between Nuclear Power Corp. of India Ltd and Westinghouse for the construction of six units of the nuclear power plant at Mithi Virdi, Gujarat, are on course for finalization in 2016.

To boost the ‘Make in India’ campaign in textiles, the cabinet committee on economic affairs approved the introduction of an amended technology upgradation fund scheme, which is expected to attract investments of Rs.1 trillion, and create over three million jobs.

The scheme is expected to provide employment to women and promote better technology in looms.

A budget provision of Rs.17,822 crore has been approved, of which Rs.12,671 crore is for committed liabilities under the ongoing scheme, and Rs.5,151 crore is for new cases, said a cabinet statement.

The cabinet also gave its approval to an agreement between the ministry of urban development and New York-based Bloomberg Philanthropies for the latter to act as a knowledge partner for the development of smart cities.

As the knowledge partner, Bloomberg Philanthropies will assist the ministry in managing the cities and provide assistance to mayors and other leaders in improving urban infrastructure and enabling public sector innovation.

The cabinet also approved the signing of a protocol amending the convention between India and Slovenia for avoidance of double taxation and prevention of tax evasion.

The cabinet gave its approval to the renewal of an agreement between India and Canada for cooperation in higher education, that is expected to intensify existing partnerships between the two countries in the field of higher education.