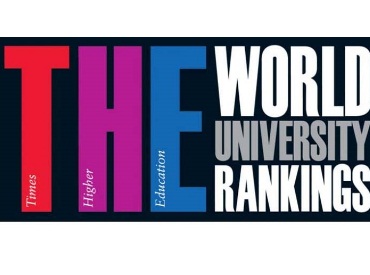 The summit will also feature an exclusive first look at the 2016 The BRICS & Emerging Economies Ranking results, which will be announced during the summit.

Scheduled to be held during December 2-4 this year in Delhi, the summit is designed around the theme “Why Emerging Economies Need World Class Universities”. The summit will see several sessions revolving around themes like developing a culture of research excellence, the role of international collaborations in promoting global excellence.

President Pranab Mukherjee will be addressing the delegates of the summit at the President house on December 2. The summit will also feature an exclusive first look at the 2016 THE BRICS & Emerging Economies Ranking results and Rankings Masterclass with Phil Baty, THE World University Rankings editor.

Speaking ahead of the conference, Phil Baty, Editor at Large, Times Higher Education Magazine and Editor of the Times Higher Education World University Rankings, said: “We are extremely excited and this is a very special summit for us because what we are witnessing is the coming together of countries that are traditionally crowded out of the global rankings system. We believe this conference will help bring together some of the most exciting universities from developing economies in the correct context, to discuss their shared development issues, their shared concerns and enable them to share goodpractices.”

Professor C Raj Kumar, Founding Vice Chancellor of O P Jindal Global University, while addressing the press said: “We are delighted to partner with Times Higher Education to host the BRICS & Emerging Economies Summit, which will bring together university leaders, scholars, institution builders and policy makers from across the world. The summit will discuss the big issues of higher education with a strong focus on globalisation and its implications for the governance of universities. International bench marking as a means for developing world-class universities that can be catalysts for social, economic and human development will be the theme throughout sessions. As a new university in India, we are truly honoured to be partnering with the Times Higher Education to host this global academic summit.”