The Union Cabinet on Wednesday cleared a Rs.4,000-crore package to spur India’s ship building industry, combined with a slew of incentives which include the right of first refusal on all government purchases for Indian shipyards, tax incentives and the ‘infrastructure’ status for shipbuilding and ship repair industry that would help them tap easier financing. 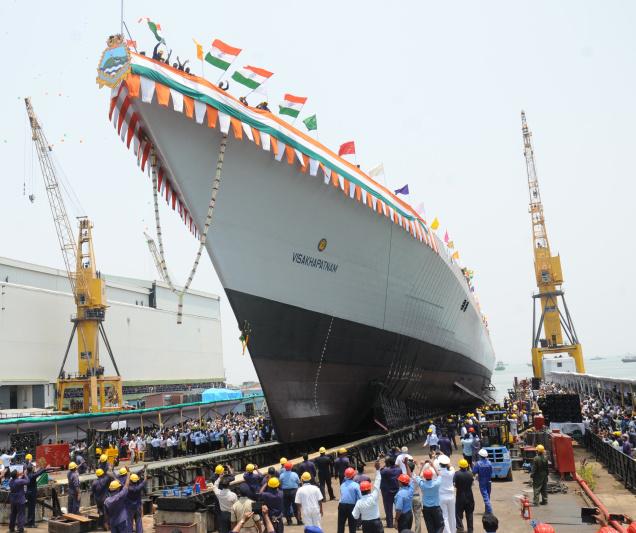 To counter the cost-disadvantages faced by domestic ship makers, the government would grant a financial assistance of 20 per cent of the contract price or the fair price, whichever is lower, following the delivery of the ship.

“Such assistance is to be reduced by 3 per cent every three years and will be given for all types of ships,” an official statement from the cabinet secretariat said, adding that this involves a budgetary provision of Rs.4,000 crore over the ten year tenure of this facility.

This package comes at the back of an exemption granted by the finance ministry in late November on all raw materials and parts used in the manufacture of ships/vessels/tugs, and others, from customs and central excise duties.

While the sector is going through an extended global slump, the government said it is important to promote the shipbuilding industry as it has the same impact as infrastructure sector due to its higher multiplier effect on investment, turnover and employment.

“The shipbuilding industry is strategically important industry due to role in energy security and maritime defense and for developing heavy engineering industry,” the statement said.

The Cabinet cleared the Real Estate (Regulation and Development) Bill, 2015 that aims to set up State level real estate regulators and mandate developers to register their projects and regularly disclose milestones to home and commercial property buyers.

The Bill had earlier been referred a select committee of the Rajya Sabha and would now be taken up afresh for consideration and passing by the Parliament, the cabinet secretariat said in a statement.

“The Bill provides uniform regulatory environment to ensure speedy adjudication of disputes and orderly growth of the real estate sector. It will boost domestic and foreign investment in the sector and help achieve the objective to provide ‘Housing for All’ by enhanced private participation,” it said.

The new regulatory structure envisaged under the bill would protect the interest of consumers, promote fair play in real estate transactions and to ensure timely execution of projects, the government said.

“The Bill aims at restoring confidence of consumers in the real estate sector; by institutionalizing transparency and accountability in real estate and housing transactions which will further enable the sector to access capital and financial markets,” ýthe cabinet statement noted.

Under the Bill, the promoters of commercial and housing projects would have to disclose their entire project plans upfront, and would not be allowed to alter design or layouts without customers’ consent.

Once the Bill is enacted into law, ýthe construction cost of the project would have to be deposited into a separate account for its timely completion. ýIt also proposes a fast track dispute resolution mechanism for the realty sector.

The Cabinet also approved The National Waterways Bill, 2015, based on amendments recommended by a parliamentary panel that would designate 106 existing inland waterways as national waterways.

The Inland Waterways Authority of India would develop the feasible stretches of these waterways for shipping and navigation purposes by raising financial resources.

An ex-post facto approval was also granted for a co-operation pact between India and the United Kingdom on cooperation in the energy sector, under which UK would provide technical assistance, in-kind grants and other support in areas such as market reforms, regulatory structures in distribution and renewable energy.

“The programme would work at both central and state levels to improve energy security and reliability of supply, improve energy access and facilitate sustainable economic growth,” a government statement said.

Key focus areas of the pact include integrating renewable energy into the grid, creating smart grids and the use of tidal, off-shore wind and solar energy.

The cabinet also cleared a similar memorandum of understanding or MoU between India and Indonesia for a cooperative institutional framework on new and renewable energy issues to encourage and promote technical bilateral cooperation.