How Russia Proved to be the Best BRICS Bet in 2015 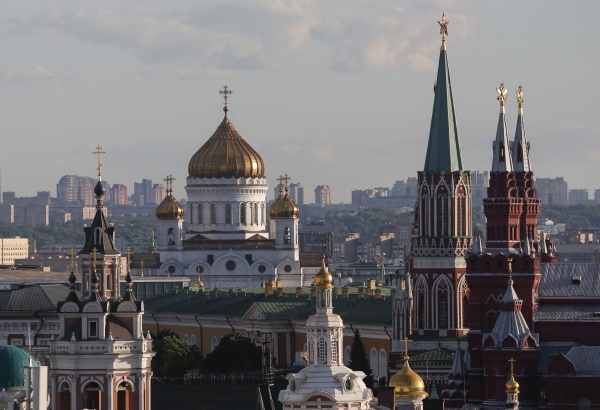 Which country would you invest in: a fast- growing economic powerhouse with a world-beating stock market or a tottering former superpower embroiled in a proxy war and heading for a recession?

If at the start of 2015 you had chosen the second, Russia, you would be walking away with risk-adjusted returns surpassing that of the first, China, and also every other BRICS country, according to data compiled by Bloomberg.

While that looked counter-intuitive at the time, as plunging oil prices and a currency slump weighed on Moscow’s $458 billion market, the tables have turned in these seven months. Crude’s rebound from a six-year low boosted the appeal of Russian assets, while concern about pricey stocks led to a $4 trillion rout in China. Russia has the lowest valuation among its peers and can extend gains if political risks ease further, investors from GAM U.K. Ltd. to Prosperity Capital Management say.

“Our models are telling us to buy Russia,” Tim Love, a London-based investment manager at GAM, which oversees $130 billion of assets, said on July 15. “There is a very strong turnaround potential. It’s an increasingly difficult call to get right because of politics. I’d be happy to pull the trigger in the next two to three months.”

In nominal terms, Russia’s benchmark Micex Index has advanced 18 percent this year, 4 percentage points lower than the Shanghai Composite Index. Still, a record drop in Russian volatility, combined with an increase in Chinese price swings, left returns adjusted for such fluctuations superior for Moscow by a factor of 1 to China’s 0.6, according to the data. That was also the best gain in the BRICS universe that includes the two countries, and Brazil, India and South Africa.

Russia’s surge in fortunes presents a contrast with the events of December, when stocks tumbled almost 9 percent and the ruble sank to a record, prompting the central bank to raise interest rates to the highest in more than a decade. That marked the peak of turmoil that had begun with Russia’s annexation of Crimea in March and crude oil’s 48 percent annual plunge.

Since then, investors have calmed down about the country. Oil has stabilized above $55 a barrel and a cease-fire is holding, by and large, in eastern Ukraine since Valentine’s Day. A measure of expected price swings, as signaled by options prices, has more than halved to 28 percent, the steepest drop since at least 2006, the earliest date records go back to.

Russia continued to beat China in July. Shanghai has sunk to the bottom of the riskless-returns table and stayed there even after government intervention drove a rebound. Russia’s volatility gauge dropped to a one-year low.

Even after the first-half rally, Russian stocks are valued at less than half of their BRICS peers. The Micex trades at 5.9 times the projected earnings of its members, compared with the second cheapest gauge, Brazil’s Ibovespa, at 12.6. China, India and South Africa enjoy multiples of above 15.

“Most Russian stocks are fundamentally undervalued,” Mattias Westman, the London-based founder of Prosperity Capital Management, which oversees about $2 billion in assets from former Soviet republics including Russia, said on Monday. “There is potential for further recovery.”

Russia’s economy set to contract this year for the first time since 2009, may rebound 0.5 percent in 2016, a Bloomberg survey shows. European economic sanctions are also likely to be relaxed, as it won’t be “easy to convince everyone to prolong them” next year, Westman said.

Still, even the most bullish investors aren’t discounting the potential risks of investing in Russia amid President Vladimir Putin’s continued standoff with Western powers over Ukraine and the pressure on oil prices from the imminent return of Iranian output to the oversupplied global market.

GAM’s Love, who plans to increase his 3.5 percent Russia exposure by buying stocks dependent on consumer demand, is waiting to do so for want of clarity on how the Ukraine conflict will be resolved. Others are holding back for signs foreign investors are returning to the market.

“The easy gains are over,” Anastasia Levashova said, who helps manage about $350 million at Blackfriars Asset Management Ltd. in London. “The volatility of the Russian market is low because its investor base and trading volumes have shrunk dramatically.”

The competition from the rest of BRICS is intensifying. While China has unleashed $483 billion of stock-buying power to prop up its market, India has seen foreign investors turn net buyers for the first time since April. So, cheaper valuations remain the key argument in favor of Russia for now, with Love calling the market “a spring.”

“You’ve got to continue pressing on the spring to keep the valuation low,” Love said. “It’s not where Russia should be.”