Can government afford to reconsider the imposition of a fee for pollution given the economic stresses that the country is currently facing? 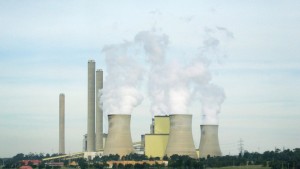 Business and labour have urged government to follow Australia’s example and abandon carbon taxes which, they claim, would harm the economy and impact negatively on jobs.

Delegates at the inaugural Southern African Metals and Engineering Indaba, which took place in Johannesburg on Thursday and Friday, called on government to reconsider its position on introducing carbon taxes which, they argued, South Africa cannot afford.

“Made up of business and labour leaders, the delegates warned that the introduction of carbon tax would impose additional costs to business, harm the economy and impact negatively on jobs at a time when South Africa badly needs more jobs to be created,” the Steel and Engineering Industries Federation of South Africa (Seifsa) said in a press statement.

Seifsa is one of the largest industry federations in South Africa and has represented employer associations in the steel and engineering industry for more than 60 years. It employs over two-thirds of the industry’s workforce.

We pay the cost, carbon tax or not
Seifsa added that delegates had said it was vital for the government to show itself to be taking stakeholders’ concerns seriously “by following Australia’s example and abandoning its plans to introduce carbon taxes”.

In July last year the Australian senate voted in favour of repealing the carbon tax, which had been levied on the country’s largest polluters. The tax had been in effect since July 2012.

A 2010 report from the global risk and strategic consulting firm, Maplecroft, identified Australia as one of six nations with the worst performance in relation to carbon dioxide pollution.

In February, during Finance Minister Nhlanhla Nene’s budget speech, he announced that draft carbon legislation would be published this year for public consultation with a view to it coming into effect in 2016.

The spokesperson for Earthlife Africa in Johannesburg, Tristen Taylor, said South Africa, in effect, already pays a carbon tax in that carbon dioxide, which is essentially a pollutant, is causing catastrophic climate change and the result is a long list of factors that impact on the South African economy. Poor air quality resulting in respiratory diseases or polluted water systems are all problems the state has to pay for.

“Whether we have a carbon tax or not, we still pay the cost,” Taylor said. “A carbon tax allows polluters to pay, and the revenue used to deal with effects of pollution or deals with the causes.

Tax relief
Taylor said abandoning carbon tax was not an option. “We have passed that stage, we have been engaging with Treasury for three or four years on carbon tax. Carbon tax is definitely going ahead.” He said that with tax relief measures, the tax would not put much of a strain on emitters and would in fact be a great new revenue stream for government.

“When people want to retain the status quo, what it often means is they are preserving the economy for a particular group of people.”

According to law firm ENSafrica’s tax executive Mansoor Parker and senior associate in environmental law, Andrew Gilder, (as published on lexology.com last month) the proposed carbon tax will be imposed at a statutory rate of R120 per tonne of CO2e (carbon dioxide equivalent), rising by 10% a year. But with tax relief measures, “the effective carbon tax rate will range from R12 to R48 per tonne of CO2e; significantly lower than the statutory carbon tax rate”.

Co-operation essential
Co-ordination between business and labour was another prominent topic at last week’s conference. In July last year the sector experienced a month-long strike, led by the National Union of Metal Workers South Africa (Numsa). It was eventually settled by a three-year wage deal with increases of up to 10% in each year.

As detailed by Seifsa, Numsa general secretary Irvin Jim said it was critically important for business and labour to engage robustly after the 2014 wage negotiations to come up with solutions that would grow the economy, revive the manufacturing sector and create much-needed employment.

Labour Minister Mildred Oliphant, too, said that it should be possible for business and labour to work co-operatively together in the interest of South Africa, provided that the underlying issues that have brought about the status quo are addressed.

She said that some of the underlying issues that have resulted in the trust deficit between labour and business were large pay disparities between top executives and general workers, lack of a direct relationship between business and labour and the belief that democracy seems to be working for business and not the workers.

“Working together co-operatively is not an option, but a must if South Africa is to advance its economy and, in the process, create employment,” Oliphant said.