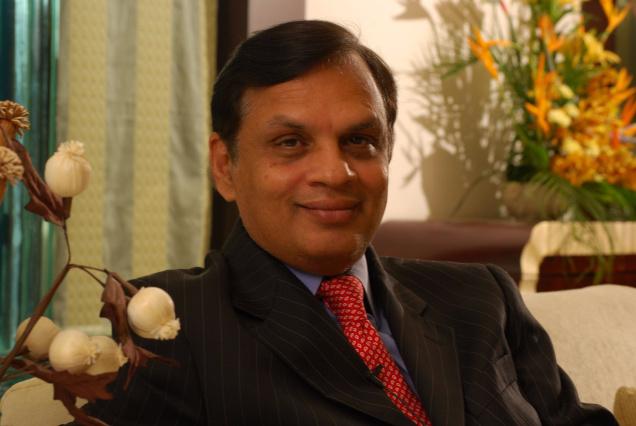 Modi succeeds in building the foundation of a resurgent India, says V.N. Dhoot

Within just 12 months of taking charge, the Prime Minister Narendra Modi has succeeded in building the foundation of a stronger and resurgent India. From a mood of despair a year ago, almost every CEO is now turned into an optimist and is busy making plans to invest more — especially in the infrastructure and nation building sectors such as roads, ports, defence and manufacturing.

This change in mood came mainly due to the decisive leadership of Modi and his team A. The economy is on the right track. Some of the initiatives taken by the government such as successful auction of coal and spectrum, a clear GST (goods and service tax) roll out time frame, higher FDI (foreign direct investment) in Defence and stronger relationships with global powers such as China, the U.S. and Russia will take India to new heights. The control of inflation has come as a big relief for the man on the street.

I travelled with Mr. Modi to attend the Hannover fair in Germany and the response of global investors towards India was extremely positive. Most of the foreign investors were once again eager to invest in India. I witnessed a similar positive atmosphere when the PM visited the U.S. and the mood among NRIs was electrifying. Many of the Indians settled abroad took a holiday just to attend the PM’s meeting at Madison Square. The PM succeeded in giving hopes not only to Indians but to millions of Indians living abroad. The successful evacuation of thousands of NRIs from Yemen has increased the respect of the common men in Modi government. Yoga is the new Mantra in the U.S., where many Universities want to teach Yoga to their students.

India is a very complex country with over 1.2 billion of population. It is not possible to see the changes within a year. But the PM is moving in the right direction by reducing red tape, taking a firm stand against corruption, bringing in legislation to curb black money and making the bureaucracy more accountable. I am sure we would see the positive changes in the fortunes of India within the next few years. With all the initiatives taken by the government, we can expect corporate earnings and the economy to turn around by the second-half of the current fiscal as consumer spending will increase during the festival time.

For the next few years, the Indian government should make it easier to do business in India. Currently, we are at the bottom of the list of ease of doing business. When compared to the neighbouring countries, India’s corporate tax rates are still high. The road map to reduce corporate tax in the budget by Finance Minister Arun Jaitley this February will go a long way in convincing investors to invest in India.

If India has to grow, we have to develop our industry. We have to export more and set up manufacturing plants, which can take on competition from any other country across the world. The youth and the poor in India finally see a hope in Mr. Modi.

Finally, there could be challenges like a deficient rainfall or unexpected global events (like a crash in crude oil and commodity prices) which could send the world markets in turmoil. But with a leader like Mr. Modi, I am sure India will overcome these challenges.

To sum up, I would say: Gujarat ke sant, tune kar diya kamaal.

(V. N. Dhoot is the Chairman of Videocon group)