The Western Cape may long have been held as the most popular region in South Africa in which to run a tech startup, but it seems this is no more, reveals a new survey.

In the 2018 Ventureburn Tech Startup Survey powered by Telkom Futuremakers 55% of the 153 founders surveyed said they operated in Gauteng, behind the Western Cape’s 37%.

Among its other key findings, the survey uncovered that:

The Western Cape versus Gauteng

But going on this year’s findings and those from Ventureburn’s 2017 survey, Western Cape startups are still more successful – with a higher percentage reporting having turned a profit or generated significant revenue than tech startups based in Gauteng.

Driving the rise in Gauteng tech startups is the increasing number of tech entrepreneurs who are black (black African, coloured, Indian or Chinese South African) – who now make up 56% or over half of the country’s tech startups, up from 46% in 2017 and 26% in 2015. 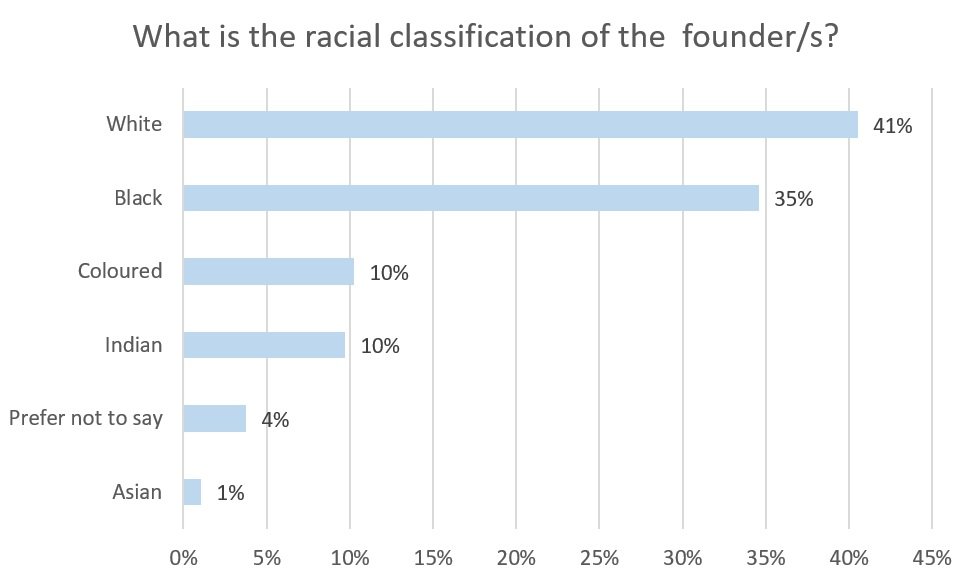 Yet the Western Cape is still the place to run a startup if you want to be successful.

Across all participants that took part in the survey, 27% said they were either profitable or making significant revenue. Just 10% of startups said they were making a profit.

The majority of those startups Ventureburn surveyed are run and founded by males aged between 25 and 50.

In all, 41% of those surveyed have one founder, while 27% have two founders and 22% have three founders. The remaining percent have four or more founders.

Males run 65% of those startups surveyed, while 19% have both male and female founders and 16% were founded by females only.

Half of those surveyed operate in just three verticals – Software as a Service (SaaS) (19%), fintech and insurtech (18%) and the media, advertising and marketing sector (13%).

About a third of respondents founded their startup in the last year. Likely because of this, only a quarter say they operate from offices. The majority work either from home or remotely.

Half of those surveyed own their own product or intellectual property (IP), while 38% are a service-orientated business (such as an agency or software development house). The remainder of startups are e-commerce businesses (8%) or license or use another’s product or IP (3%).

Most of the surveyed founders are aiming to service or are servicing, either the SA market only (40%) or the entire African market (41%). The remainder lists the entire world as their market.

In all, 71% of founders (2017: 67%) surveyed said they had been involved in running a startup before, with most of those having been involved in either running one or two business previously (56% of all founders surveyed). 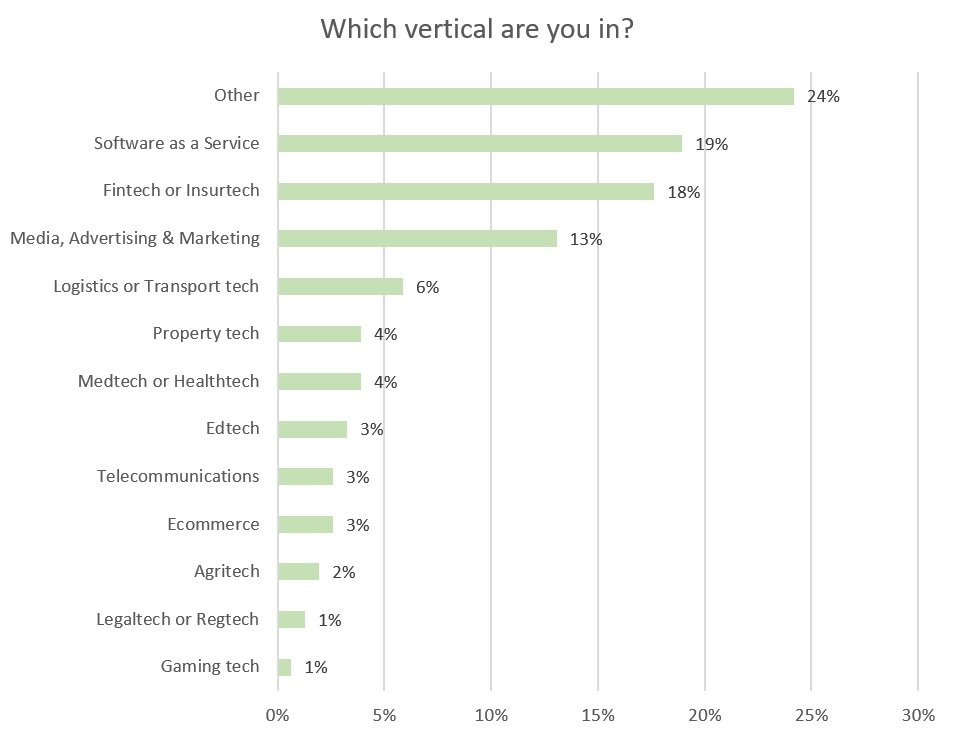 Most founders said they founded a startup to become a pioneer or innovate (15%) or after seeing an opportunity (13%). Only four percent said they started a business to make big money.

Of the founders, 76% (2017: 73%) reported having worked in a corporate previous to starting their business.

In line with Ventureburn’s 2017 survey, over half of startup founders again listed raising or accessing funds as their biggest challenge (52%), followed by a lack of skilled staff (10%).

Connected to this, most founders said incubation programmes could add the most value in helping them to source funding (28%) and open up market access to participants (26%), rather than assist with commercialisation (21%), business training (17%) or idea generation (8%).

Black startups may have grown in number, but they are still struggling.

In addition, black startups are in a worse financial position than their white counterparts. Of white founders, 28% say they have three or fewer months left of funds left to operate on – significantly lower than black founders, where 51% say they will run out of funds in three months’ time.

When it comes to access funding, more white founders (11%) have had angel funding than black startups (six percent), while white founders accounted for 50% of all those startups that reported having tapped angel (2017: 59%) funding.

It suggests better resourced white startup founders who often have access to more capital, skills and experience and better networks are able to out-perform black startups.

When asked how they plan to raise funding in the future, 46% of white founders say they will do so by securing a private equity, VC or angel investment, versus 37% of black startups.

There are some further clues as to why white startups are generating more revenue than their black counterparts.

One may be because more white founders say they run a business in which they have developed their own intellectual property (IP).

Added to this, more white startups operate in the more lucrative business to business (B2B) space (over business to consumers or B2C), compared to 46% of black startups.

Furthermore, a far higher percentage of white startups operate in the money-spinning sectors of fintech and insurtech sector and Software as a Service (SaaS) than do black startups.

The experience of age (which often also brings with it more accumulated capital, work experience and more contacts) could also make a difference. White founders are older than their black counterparts – 48% are over the age of 35, compared to 36% of black founders. 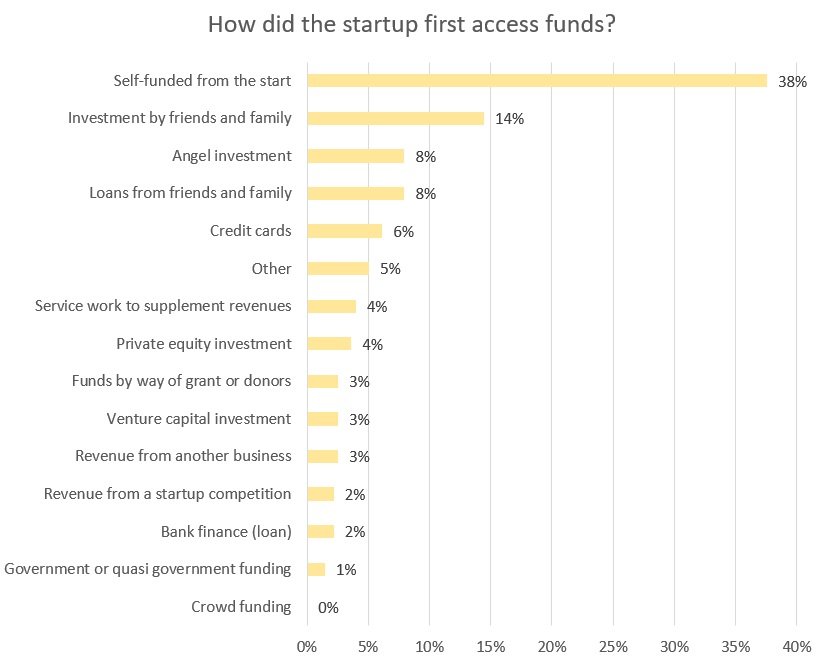 Out of touch in getting angel, VC funding

Are startup founders then out of touch with reality?

South Africa has seen an explosion in venture capital (VC) deals – with a recent Southern African Venture Capital Association (Savca) report finding that funds had invested over R1-billion in startups and early-stage companies last year (with the number of reported VC deals having risen rose from 114 deals in 2016 to 159 last year).

Yet such funding still remains beyond the reach of most local tech startups. Ventureburn’s survey confirms this (see the below graphs). 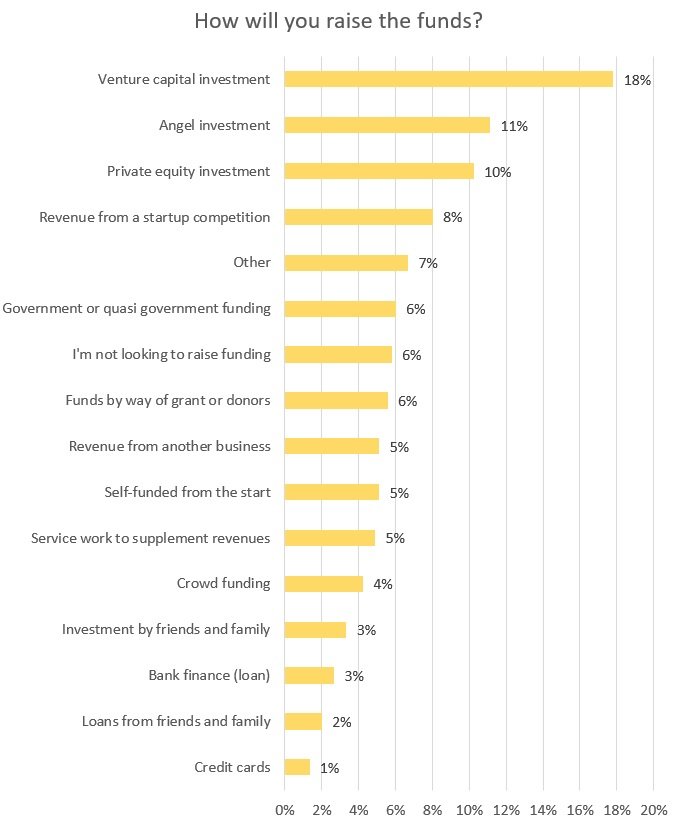 When they are able to get funding, most startups tap very little. Only 20% (2017: 16%) received R1-million or more (the value at which angel investors and VC funding usually start at). 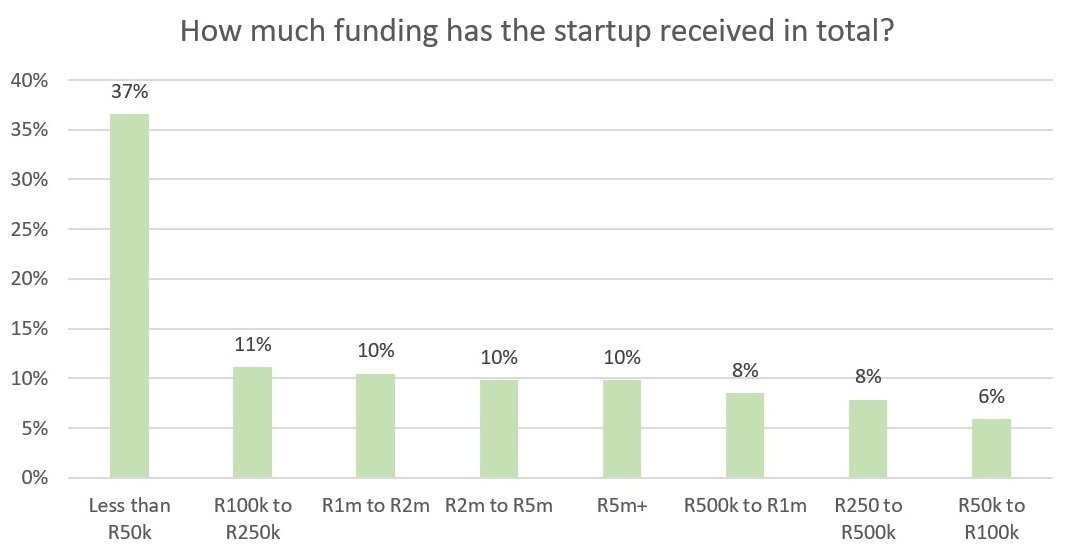 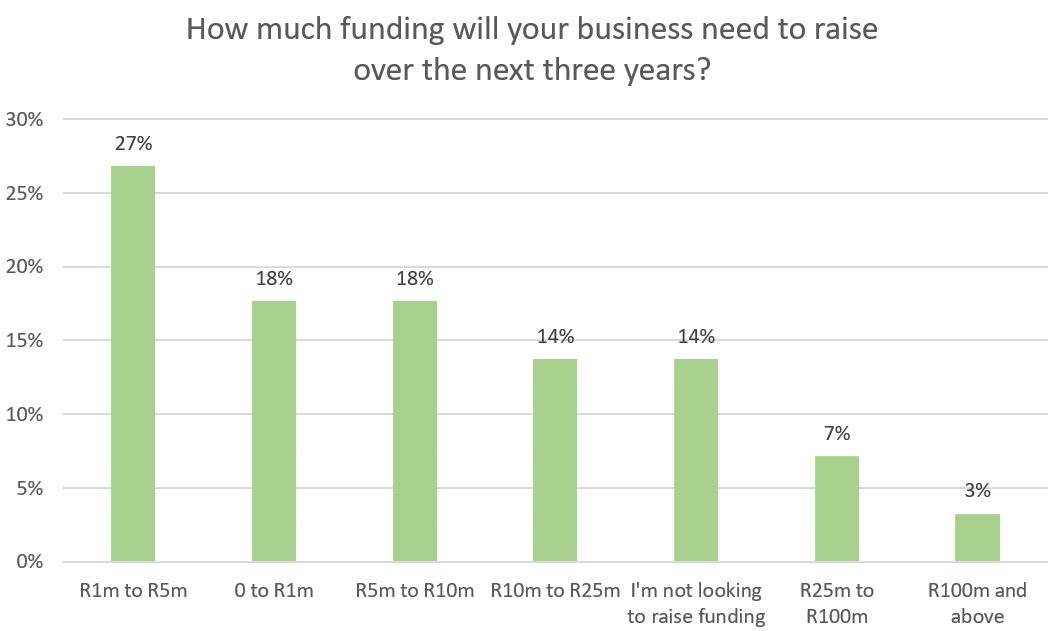 White founders in the Western Cape most successful

So, who then run the most successful startups (defined as those that make a profit and are growing)?

Interestingly the survey reveals that a higher percent of startups founded by both male and female founders (41%) report turning a profit or generating significant revenue, than startups run only by males (25%) or only by females (20%).

And more white founders than black founders report being successful – in all, 59% of startups that report turning a profit or generating significant revenue are run white-owned firms (2017: 65%).

They will likely also tap the North American or European market instead of only the SA or African market.

And they will likely service other businesses, rather than consumers, as 32% of those running B2B firms say they are successful versus 23% of B2Cs.

Finally – are you more likely to be successful if you have run other startups before? In short, not necessarily.

Data from the survey reveals that 28% (2017: 33%) of founders who have run one or more startups previously, report being successful with their current business – not overly different from the 25% (2017: 30%) who have never run a business before and say they are successful.

However, there appears to be some correlation with the number of startups a founder has run as a predictor of success. Fifty percent of those who have run five or more startups report that they are successful with their current firm – compared to 29% of those that have run one to four startups before.

Gauteng’s rapid rise as the new centre for tech startups bodes well for the country’s burgeoning tech startup ecosystem, but more will need to be done to boost black entrepreneurs in the sector.

*Note on the methodology the survey used: In all, there were 169 respondents to the survey which was conducted using an online questionnaire, by data analytics firm Qurio. Of this number, 14 respondents were found to be employees of startups (rather than founders) and were excluded. The survey, therefore, sampled 153 startup founders. To ensure the integrity of the data, PwC will be involved to perform specified procedures, the results of which will be included in a report that will be available for inspection upon request.