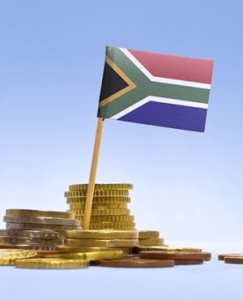 The confirmation of South Africa’s ratings reflects Moody’s view that the country is likely approaching a turning point after several years of falling growth; that the 2016/17 budget and medium term fiscal plan will likely stabilize and eventually reduce the general government debt metrics; and that recent political developments, while disruptive, testify to the underlying strength of South Africa’s institutions.

The negative outlook speaks to the implementation risks associated with the structural and legislative reforms that the government, business and labor recently agreed in order to restore confidence and encourage private sector investment, upon which Moody’s expectations for growth and fiscal consolidation in coming years – and hence the Baa2 rating – rely.

In a related move, Moody’s also confirmed the Baa2 rating of ZAR Sovereign Capital Fund Propriety Limited, a special purpose vehicle whose debt issuance is ultimately the obligation of the South African government, and assigned a negative outlook.

Rationale for confirming the exiting ratings

The first driver for the confirmation is Moody’s expectation that South Africa’s economic growth will gradually strengthen after reaching a trough this year, as the various supply-side shocks that have suppressed economic activity since 2014 recede. Specifically, the electricity supply is now more reliable, the drought is ending and the number of work days lost to strikes has shrunk significantly (a trend that planned rule changes are likely to embed further). In addition, the inflation outlook is more subdued, which would suggest fewer interest rate rises ahead than we expected when the South African Reserve Bank saw inflation heading towards 8% by year end. Less severe tightening of monetary policy would alleviate extra pressure on South Africa’s relatively highly-indebted household sector and support growth.

Alongside the more competitive exchange rate, these improving trends are likely to strengthen growth in South Africa from the second half of this year and thereafter. While we expect the economy to expand by only 0.5% in 2016, we expect growth to rise to 1.5% in 2017. Moreover, ongoing structural reforms and diminished infrastructure bottlenecks offer upside potential for growth over the medium term. The recent rapprochement between the government, business and labor holds promise from the standpoint of identifying areas of mutual concern. A number of benchmark actions related to matters such as the rationalization of state-owned enterprises (SOEs) and the enactment of labor market reforms have been identified in the process. To the extent that implementation of such measures helps boost business confidence, investment and job creation, they would improve prospects for gradually reducing wide economic disparities and high levels of poverty, deprivation and unemployment.

The adoption of more aggressive consolidating measures in the recent budget increases the likelihood that the general government gross debt to GDP ratio will stabilize in the current fiscal year at around the current level of 51%. For the first time since the global financial crisis, the government has pledged to achieve a primary surplus on the consolidated government account in 2016/17, as well as in the main budget the following year, with surpluses scheduled to grow each year thereafter.

In Moody’s view, the government’s recent track record of achieving fiscal targets lends weight to their future plans: the principal driver of the rising debt ratio in recent years has been lower-than-expected GDP growth since targets for revenue, spending and deficits were largely met even when growth fell short. The authorities have made conservative forecasts for revenue over the coming three years, including in terms of expected receipts generated from future tax increases, providing reassurance that such ambitious deficit targets can be achieved.

Moody’s says that the budget displays a high degree of flexibility. The authorities have reestablished a small unallocated spending buffer in the new budget framework and also have been able to shift existing allocations to other emerging needs such as drought relief and higher education spending. Such flexibility will be supportive in allowing the government to address unanticipated developments without breaching the spending ceilings. The authorities have also stated that expensive new projects such as the construction of massive nuclear power facilities and national health insurance will be developed only at the pace and scale that the budget allows.

Moody’s continues to assess South Africa’s institutional strength as high, notwithstanding recent corruption scandals. South Africa’s monetary and fiscal institutions have proven to be sound over time. The reappointment of a respected former finance minister to the post following the intervention of the ANC leadership late last year, along with the more ambitious budget that the minister tabled in February, demonstrated determination to bring the public finances under control. In Moody’s opinion, the Constitutional Court judgment against the president over the misuse of public funds and the parliament for rejecting the ruling of the public prosecutor and, more recently, the High Court ruling to reinstate corruption-related charges against the president that were dropped prior to his taking office in 2009 attest to the strength and independence of South Africa’s constitution and judicial system and renewed attentiveness to bringing corruption out into the open and maintaining the rule of law. The local government elections, scheduled for August 3 this year, will be a litmus test as to whether and by how much these developments are eroding the ANC’s electoral support and the consequences for the robustness and clarity of economic and fiscal policy. 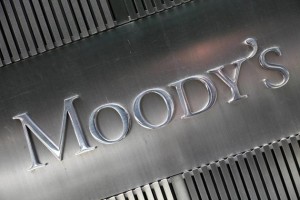 Rationale for assigning a negative outlook

The negative outlook recognizes the downside risks associated with the growth, fiscal and political outlook, and the possibility that renewed volatility in global financial markets could increase external imbalances and disrupt growth. While the government has taken important first steps towards fiscal consolidation, deeper structural reforms to restore business confidence and raise the economy’s growth potential are in their very early stages. Even over the near term, growth (and therefore the strength of the government’s balance sheet) will remain sensitive to consumer and investor confidence regarding the prospects for reform and efforts to distance the policymaking process from corruption scandals.

What could change the rating – down

Moody’s would likely downgrade South Africa’s rating if economic growth were to fail to revive, if we were to conclude that the government’s determination to stabilize and then improve its debt metrics was likely to falter, or if investor confidence were to decline by such an extent that external financing was insufficient to fund the current account deficit on an extended basis. The failure of social partners to implement policies or measures that would secure a healthier investor climate and attract increased private investment would also be negative. Finally, we could downgrade the rating should the government unduly delay enacting reforms that would address fundamental economic rigidities and enhance competitiveness.

Moody’s could change the rating outlook from negative to stable if the government were to deliver on commitments that support growth and achieve the pledged stabilization and eventual reduction in general government debt. Measures to win back business confidence (such as rationalizing the state-owned enterprise sector, clarifying Black Economic Empowerment (BEE) regulation and expanding the Independent Power Producer (IPP) framework into new areas of infrastructure), would also be credit positive.

Default history: No default events (on bonds or loans) have been recorded since 1983.

The principal methodology used in these ratings was Sovereign Bond Ratings published in December 2015. Please see the Ratings Methodologies page on www.moodys.com for a copy of this methodology.

The weighting of all rating factors is described in the methodology used in this credit rating action, if applicable.

This statement was originally published on the Moody’s website.