For Brazil, An Year to Overcome the Crisis 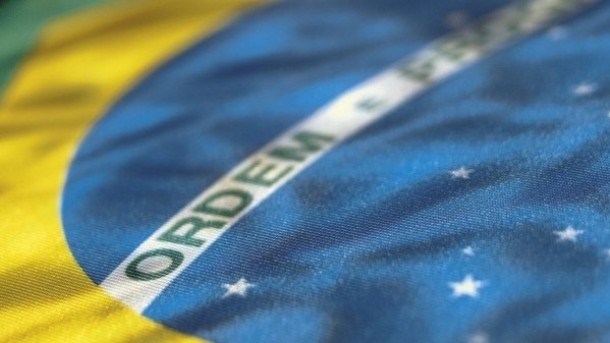 São Paulo – Economically speaking, 2016 won’t be an easy year, or one of high profits. Quite the opposite. Economists are expecting a year of high interest rates, cheap commodities and stable foreign sales. Recession should prevail, and the repercussions of the Federal Police’s corruption probe Operação Lava Jato should continue to spill over into the productive environment. Specialists interviewed by ANBA claim that the only reason the scenario will not be even worse is the fact that inflation should go back to near-target levels, imports will decline and the exchange rate will remain favorable to exports.

An Economics professor at the Pontifical Catholic University in São Paulo (PUC-SP) and a managing partner at consulting firm AC Lacerda Consultores, Antonio Correa de Lacerda says the official inflation gauged by the Extended Consumer Price Index (IPCA) should return to levels close to the midpoint of the Central Bank’s target. The primary reason is the fact that government-set prices, like electricity and fuels, are poised to climb less than they did this year.

Central Bank governor Alexandre Tombini has already said inflation will be within the range set by the monetary authority at the end of 2016. The official target is 4.5% per annum, and allows for a 2-percentage-point headroom up and down. In other words, to Tombini, the IPCA will be 6.5% at most by the end of next year. For their part, financial institutions estimated on December 14 that the IPCA will be 6.8% in 2016. Even that is far from the 10.61% forecast from the financial sector for this year.

Lacerda mentions the political climate because Operação Lava Jato, triggered by the Federal Police back in March 2014, continues to investigate politicians and business executives charged with embezzlement and corruption. Its developments, including losses incurred by state-run oil company Petrobras and the incarceration of presidents of major building companies and of one of the country’s biggest banks, has brought a sizeable portion of ongoing business and projects to a halt.

Lacerda claims it’s hard to “make any comprehensive forecasts” for the economy in 2016, but he says: “I don’t see any major changes.” He notes that despite the slump, the high interest rate is a positive aspect to the productive sector. Financial institutions forecast that the dollar should be selling for BRL 3.90 at the end of 2015 and BRL 4.20 in 2016, which comes as good news to exporters.

Investing in exportation is not the sole opportunity for next year. The other one lies in financial markets. “The number of mergers and acquisitions will likely go up. Even this year, Brazil is seeing high inflows of Foreign Direct Investment (FDI). Additionally, the weak real (the Brazilian currency) and the tough spot some companies find themselves in are conducive to M&As,” he claims.

The exchange rate should have a positive effect on yet another sector of economy: the trade balance. Brazilian Foreign Trade Association (AEB) president José Augusto de Castro said the volume of exported goods should be roughly equal to 2015’s. On the other hand, imports are set to drop even further, and this should propel the trade surplus to double this year’s USD 15 billion.

“We are expecting a much wider surplus, close to twice this year’s, mostly due to falling imports. Amid a difficult economic scenario, people will cut down on consumption, and that reduces demand for goods and inputs. Generally speaking, exports should remain flat. We envision a decline in revenues [from exports] as a result of falling prices [of commodities] and of a very minor increase in finished goods’ exports,” Castro said.

“The [exchange] rate might stay the same or even go up as a result of two possible scenarios: the first would be an eventual United States interest rate increase, and the second would be Brazil’s credit downgrade from two rating agencies. These would stem foreign capital inflows into the country and fuel the US dollar price. The expectation is of a dollar worth around BRL 4,00, but that’s the floor. The exchange rate ceiling is open-ended,” he said.

In September, credit rating agency Standard & Poor’s revised down Brazil’s outlook to what it considers “speculative grade.” In December, it was Fitch Ratings’ turn to downgrade the country from “investment grade.” If two of the Big Three rating agencies rate a country as “speculative grade,” as is now the case, investors become warier. Additionally, some investment funds will not invest in such countries. The other big rating agency, Moody’s, has warned that it could downgrade Brazil. And less foreign currency floating around drives up the price of the US dollar.

Argentina’s newly-inaugurated president Mauricio Macri should enact measures that might fuel trade with its neighbor Brazil, and this could be a good thing for the latter, according to Castro.

“He has pledged to slash taxes on corn, soy and sorghum, among others. Argentina should go back to exporting agricultural products to the tune of 20 million tons. Argentina should rebuild its cash reserves. Macri also committed to altering the exchange rate, and that should improve trade flows. There will be a bigger stimulus to farming and exporting, therefore economic relations with Brazil will improve,” Castro asserted.

Macri has announced zero tax on corn, wheat and sorghum, and a tax cut from 35% to 30% on soy exports.

Agribusiness was the only area of Brazilian economy to still grow throughout 2015, a trend that might come to a halt in 2016, according to the Rural Economics professor at the Federal University of Paraná, Eugenio Stefanelo. He believes crop and livestock performance will suffer.

“In 2014, Brazil’s GDP remained level, but we should see it shrink 3.5% this year and 2% to 2.5% in the next one. The only sector expected to do well is the primary sector, with 2% growth this year and 2% in 2016, barring a weather-induced crop failure. Agribusiness as a whole should be down 1% to 1.5% this year and might stabilize in 2016. The industry is suffering with slumping sales of agricultural machinery, appliances and fertilizer,” said Stefanelo.

Rainfall is expected to show imbalances as a consequence of El Niño. However, in case it does not lead to crop failure, commodity prices should be the lowest of the past few years. A bushel of soy (27.2 kg) should sell for USD 8.50 to USD 9, with a bushel of maize (25.4 kg) ranging from USD 3.50 to USD 4.20. Prices will drop, according to Stefanelo, because international supply will go up.

Other industries, such as beef and sugar/ethanol, will not lose revenue next year. This is expected because of a rebound in foreign demand, in the case of beef, and the recovery of domestic gasoline prices. “Beef producers have stronger (profit margins) because they are exporters. The higher-priced cattle drives up the prices of pork and poultry as well. Keeping up exports is crucial, so production matches sales. Otherwise, the domestic market is unable to buy the entire output,” the economist says.

“The sugar and ethanol industry should have its first sugar production deficit in five years. Besides, the hike in gasoline prices has breathed new life into the industry (because anhydrous ethanol is added to Brazilian gasoline) and 2016 will be a better year for the industry,” says Stefanelo.