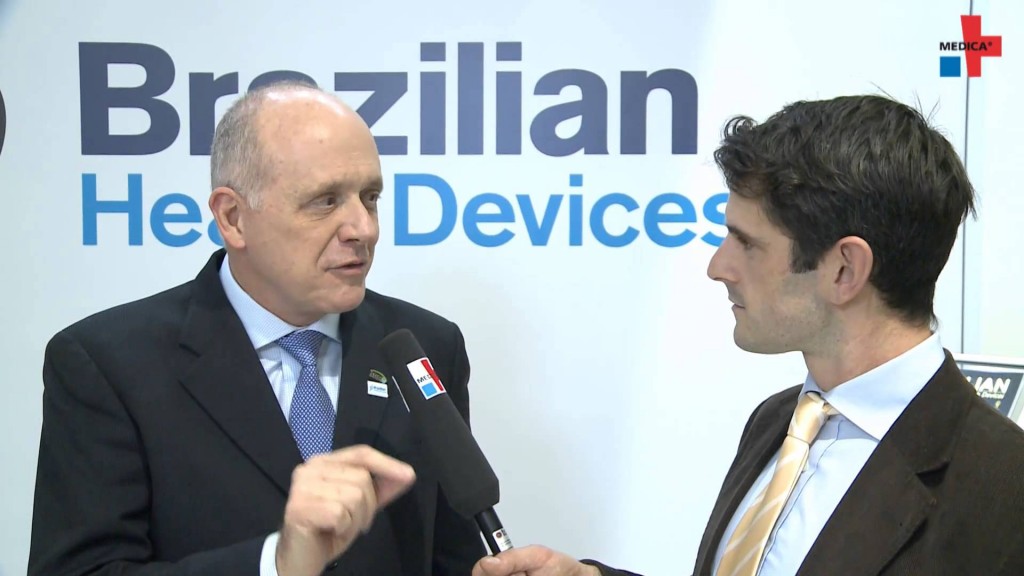 São Paulo – The 38 Brazilian companies set to attend Arab Health, the healthcare industry show slated for January 25 to 28 in Dubai, the United Arab Emirates, are expected to gross over USD 22 million in the wake of the event. So says the Brazilian Medical Devices Manufacturers Association (Abimo).

“This year, over USD 22 million in deals were expected in the 12 months after the fair. It was the best Arab Health edition to date, and the one with the best results ever,” said Abimo’s Projects manager Clara Porto. “For 2016, we are expecting similar results to 2015,” she claimed.

The Brazilian pavilion at the expo is organized by Abimo in partnership with the Brazilian Export and Investment Promotion Agency (Apex-Brasil).

Porto says Arab Health has the profile of a sales-oriented fair. “Most visitors are traders and distributors. It’s a very busy fair for companies. The exhibitors are there to close deals,” she explained.

The Abimo manager claims the Arab market “is going very strong” and stresses the relevance of Arab Health to the health products market. “It has evolved into a global fair that sets worldwide trends.”

At the fair in Dubai, Brazilian products will showcase electro-medical equipment, orthopedic products, furnishing and items such as needles, syringes, adhesives and bandages.

The executive also points out that assisting technologies will be a highlight in Brazilian commercial promotion actions, as Apex-Brasil president David Barioni Neto had discussed with ANBA previously. According to Porto, in the next two years, manufacturers of prosthetics, eyeglass frames and accessibility devices, among others, will be the focus of promotional actions abroad.

Three such companies will be at the Brazilian pavilion at the Arab Health expo: Spine Implantes, a maker of wheelchairs for athletes, and Carci and Ibramed, both of which make rehabilitation devices. “Brazil has a lot of potential [in assisting technologies]. It is one of the biggest producers. It’s an industry with lots of demand from consumers, and it requires support when it comes to exports,” Porto explained.

The Abimo manager believes Brazilian exports to Arab countries could soar next year, especially by exploring markets where the country has yet to secure a firm foothold.

“Bahrain and Qatar have a lot of potential to be tapped. Jordan, Egypt and Morocco are markets whose [imports from Brazil] could grow again. The region’s economy is booming and Brazilian companies offer very high-quality products,” she ponders.

She also says the UAE and Saudi Arabia are among the 14 target markets chosen to host promotional actions involving medical-hospital products and equipment in the next two years. “For Saudi Arabia, we are planning a prospecting mission and a trade mission in 2016,” she reveals.

Right after the Arab Health, Abimo and Apex-Brasil will also organize a Brazilian pavillion at the International Dental Conference & Arab Dental Exhibition (AEEDC), a dental industry event that also takes place in Dubai, from February 2 to 4.

According to Porto, AEEDC is one of the main fairs of the sector for Brazilian companies. “It always generates good results”, he says.

In 2015, the fair generated USD 3.2 million in business opportunities in the next 12 months that followed to local companies. “This year we expect it to reach USD 4 million”. According to Abimo’s manager, the UAE are the main Arab market for dental products from Brazil, “but there are others very large ones, such as Tunisia, Saudi Arabia and Algeria”, she says.

According to Porto, AEEDC has a different profile from Arab Health. “It’s very profitable. The fair has a lot of dentists and companies can launch their promotion [commercial] activating the end consumer directly”, she points out, reminding that in the dental sector the dentist is the one that selects directly the products and equipment to be bought by the clinics.

In 2016, in addition to their presence in the stands, the Brazilian companies at AEEDC will launch a special action for the promotion of their products. “We will open the space HandsOn, in which the visitors will be able to watch practical demonstrations with the products. It will be a more technical commercial promotion”, says Porto.

« For Brazil, An Year to Overcome the Crisis» Putin Agrees with Idea of Preferences for Russian Internet Business