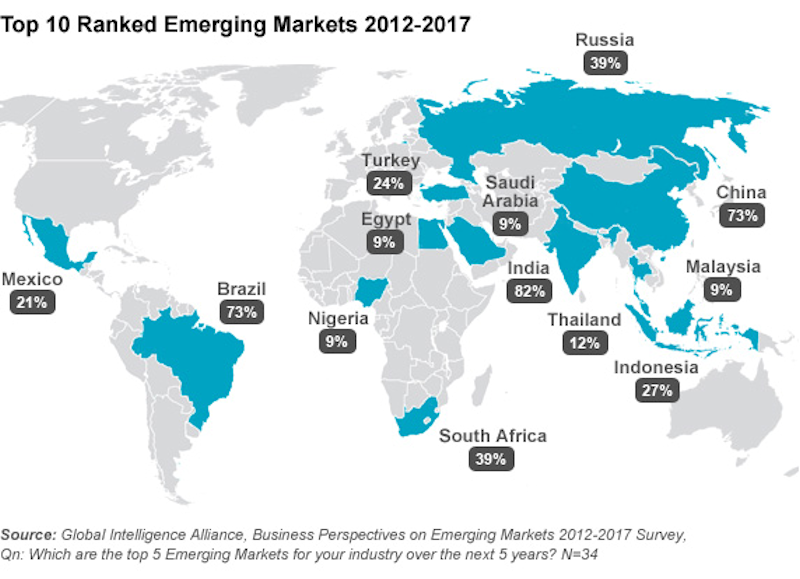 After a series of challenges in 2015, emerging markets are expected to recover somewhat in the year ahead. However, the journey is likely to be slow and the path tortuous.

Countries with winning stock markets in 2016 will likely be those that succeed in making structural reforms, attracting foreign investment, and maintaining monetary and fiscal discipline amid political pressure. Tighter monetary policy in the U.S. and lower commodity prices remain the most significant risks across virtually all emerging markets.

Among those in the best position at the starting gate are Korea and Mexico. Each economy is growing and its central bank has some room to maneuver. In turn, much of Latin America, aside from Mexico, will face strong headwinds.

Although Mexico is an oil exporter, it has been relatively unaffected by China’s economic slowdown because 80% of its overall exports (much from manufacturing) head north to an expanding U.S. economy. In addition, expectations for annual inflation, which is at the lowest level in 45 years, have recently fallen to 2.2%, mainly due to the collapse of oil prices, a slow-growth economy, and a credible central bank whose mandate is to keep inflation under 3%. Mexican GDP is expected to rise 2.45% in 2015 and 2.74% in 2016. With inflation contained, Mexico was able to raise rates by a quarter of a percentage point to 3.25% in mid-December, keeping pace with the Federal Reserve’s rate hike.

Korea, one of the largest importers of oil, is projected to grow output by 2.7% for 2015, once the books are closed, and by 3.1% in 2016, due in part to government stimulus. That has driven a rebound in domestic demand after the negative effects on exports related to slower global and Chinese growth.

Research firm Capital Economics says there are signs that consumer spending in oil-importing emerging markets is accelerating. In emerging Asia, excluding China, it expects growth in consumer spending to rise from the 3.9% annual average of the past decade to an average of 4.7% a year from 2015 to 2020. That should be a help in countries like Korea.

By contrast, most countries in Latin America have little room to tighten monetary policies aggressively if the Fed accelerates the pace of hikes. Countries such as Brazil have large debt burdens in foreign currencies and it will become more expensive to service this debt as the dollar appreciates, and as investors repatriate cash to invest in higher-yielding and safer assets in the U.S.

GDP growth in most parts of the region is decelerating and inflation is growing. According to Fitch Ratings, the region will see average GDP contract by 0.6% in 2015, with just 0.6% growth in 2016. Most of the deceleration will be caused by Brazil’s worsening economic crisis and impeachment proceedings against President Dilma Rousseff. Brazil and Colombia will have a hard time attracting or retaining foreign investment. Venezuela, whose oil revenues account for about 95% of export earnings, could be headed to a default unless prices rise.

Still, there are optimists about emerging markets. “Concerns about the outlook for emerging markets look increasingly overdone,” says Neil Shearing, chief emerging-markets economist at Capital Economics. “Pockets of vulnerability exist, but…emerging-market growth is more likely to recover over the next three to six months than it is to suffer a fresh downturn.” That could make for an interesting bet in 2016, although it’s one many investors shunned in 2015.