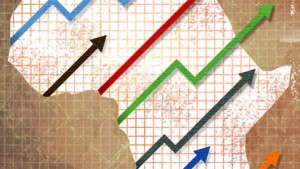 WASHINGTON, October 5, 2015 – As difficult global conditions combined with domestic challenges buffet many African countries, Sub-Saharan Africa’s economic growth will continue to slow in 2015 to 3.7 percent from 4.6 percent in 2014, according to new World Bank projections.

The end of the commodity price super cycle − with a substantial drop in the price of oil, copper and iron ore − a slowdown of the Chinese economy, and tightening global financial conditions underpin the deceleration in growth, according to the World Bank’s latest Africa’s Pulse, the twice-yearly analysis of economic trends and the latest data on the continent.

The anticipated 2015 growth in GDP marks the lowest growth rate in Sub-Saharan Africa since 2009, and falls below the robust annual 6.5 percent growth in GDP that the region sustained in 2003-2008, the report notes. “The good news is that domestic demand generated by consumption, investment, and government spending will nudge economic growth upwards to 4.4 percent in 2016, and to 4.8 percent in 2017, said Punam Chuhan-Pole, Acting Chief Economist, World Bank Africa Region and Author of Africa’s Pulse.

The analysis points out that some countries in the region are bucking the weakening regional trend and continuing to post robust growth. For example, Cote d’Ivoire, Ethiopia, Mozambique, Rwanda and Tanzania are expected to sustain growth at around 7 percent or more per year in 2015-17 due to investment in large-scale projects in energy and transport, consumer spending, and investment in the resource sector.

In a special analysis, Africa’s Pulse examined the region’s policy response to the global downturn in 2008-09, with an eye to discovering whether countries have the adequate macroeconomic policy space to withstand new, rising external headwinds that affect their economic growth.

When the global financial crisis hit the region, some countries were able to use government investment in infrastructure and other built-in buffers to finance policy responses to enable growth. Overall, the analysis shows that before the current bout of global difficulties these policy buffers were already showing signs of vulnerability from overvalued currencies and growing fiscal deficits. Today, these policy buffers are lower than before the global financial crisis, according to the report, and will make it more difficult for countries to grow in the current situation.

The report recommends governments begin structural reforms to address domestic bottlenecks and support renewed economic growth. Investments in energy capacity and attention to drought and its effects on hydropower will help build resiliency in the power sector. Governments can boost revenues through tax reform and improved tax compliance. In addition, governments can improve the efficiency of public expenditures to create fiscal space in their country’s budget in order to respond to external and internal shocks.

Africa’s Pulse describes the combination of external headwinds and domestic difficulties that are impacting economic activity in Sub-Saharan Africa. The report’s main messages are:

External headwinds and domestic difficulties are weighing on growth in Sub-Saharan Africa, although some countries in the region are continuing to post strong growth.

The region is entering a period of tightening borrowing conditions amid growing domestic and external vulnerabilities.

Fiscal deficits across the region are now larger than they were at the onset of the global financial crisis, and government debt has continued to rise in many countries.

Current account deficits, combined with the strong appreciation of the U.S. dollar, kept currencies across the region under pressure throughout the year.

On the domestic front, political uncertainty associated with elections in a number of countries, civil conflict, and fiscal vulnerabilities are the major risks.

Governments should embark on structural reforms, such as building resiliency in the power sector and tax reform to boost revenue that can support economic growth and reduce poverty.