2015/12/17 By YANG YANG in Investment Opportunities, Regional Plan & Projects Tags: China, One Belt and One Road 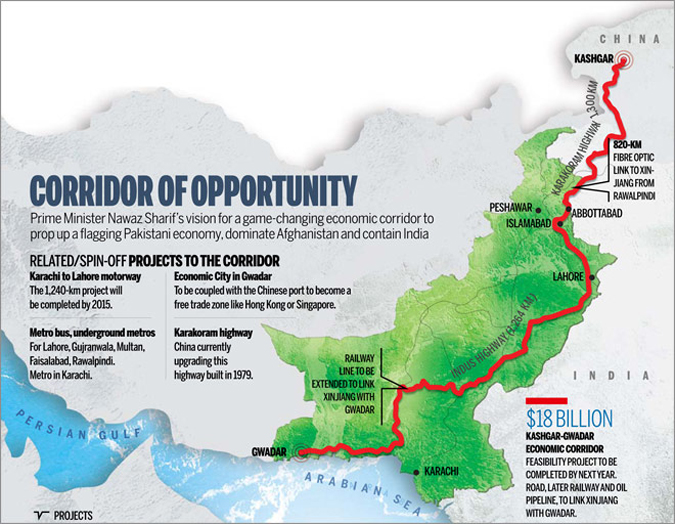 ISLAMABAD: The state council of the People’s Republic of China granted approval for an investment of $1.2 billion in the surface mining of Thar coal and the establishment of 660 MW power projects, as part of the China-Pakistan Economic Corridor project (CPEC).

The final lending documents in this regard will be signed on December 21 in Beijing.

According to details shared on Wednesday, China’s state council for financing gave final nod for establishment of 660 MW Power Plant on indigenous coal in Thar Block-II and the surface mining of 3.8 MTPA (million tonnes per annum of Thar coal.

Earlier, in October, the Chinese government had agreed to increase the financing of Thar Coal project to double the generation capacity of Thar Block-II from 660 to 1,320MW, and to add project capacity and increase the mine size from 3.8 to 6.5 million tonnes per annum as part of the priority list of CPEC projects.

In a letter addressing Secretary Ministry of Water and Power Muhammad Younus Dagha, the Chinese side confirmed the approval of financing of mega project by China’s state council.

According to the ministry, reaching this stage of collaboration is considered as a major achievement in shortest time.

Arrangement of finances and completion of lending documents is the most critical part in any project which signifies starting of actual work on the projects.

This project was on the government’s priority list which helped it reach the advanced stage among other CPEC mega projects, after signing of CPEC energy projects agreement in November, 2014.

It is worthy to mention that due to tireless efforts of Ministry of Water and Power and NEA China, all the regulatory requirements have been completed in one year’s time.

Thar Coal has remained on agenda of every government, however, practical steps have been taken by the Ministry for first time since present government focused on tapping potential to its fullest.