BUENOS AIRES, Nov. 9 (Xinhua) — China’s currency, the yuan or renminbi (RMB), “is increasingly competing” against the U.S. dollar and the euro as it moves closer to gaining a global currency status, an Argentine report said. 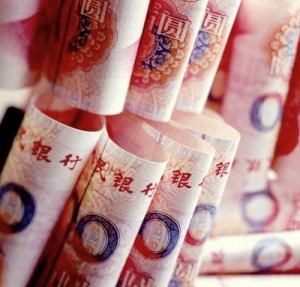 In a key step, the International Monetary Fund (IMF) is meeting this month to “study the possibility of incorporating the yuan” into its basket of major reserve currencies, known as the Special Drawing Rights (SDR), said a report published over the weekend by Argentine consulting firm Research for Traders.

Titled “The yuan already displaced Japan and puts on the pressure,” the report said that “China’s currency has bumped the Japanese yen from fourth to fifth place in the classification chart of currencies used for international payments.”

The yuan overtook the Japanese yen, already in the SDR basket, to become the fourth most used world payment currency in August, global transaction services organization SWIFT said on Oct. 6.

The top three currencies are the dollar, the euro and the British pound.

The chart rates currencies according to their share of global trade transactions, with the dollar leading with 43 percent in August, followed by the euro (28 percent), pound (9 percent), yuan (2.79 percent) and yen (2.45 percent).

“The underlying growth of the RMB is still slow, but steady,” economist Dario Epstein, wrote in the report, noting that the yuan registered a higher percentage in recent months.

“The role of the yuan as an international currency is strengthening, based on the larger number of companies that use the RMB to settle payments, as well as the number of banks that accept payments in the currency,” said Epstein.

To pave the way for the internationalization of the yuan, said Epstein, China has put in place monetary reforms and “strengthened monetary cooperation with the rest of the world,” signing currency exchange agreements with 23 countries and regions.

In addition, many countries in Southeast Asia, Eastern Europe and Africa have accepted or are considering the possibility of using the yuan as “an official reserve currency,” Epstein said.

The Asian economic giant gave the internationalization process a boost on Oct. 8, when it launched the China International Payment System to facilitate global transactions in its national currency.

The People’s Bank of China, the country’s central bank, said the move would also be essential to increase the transparency and credibility of its economic statistics.

“China’s currency is increasingly competing against the dollar and the euro, and is advancing in the right direction so that tomorrow it can be considered as a complete currency,” Epstein concluded.