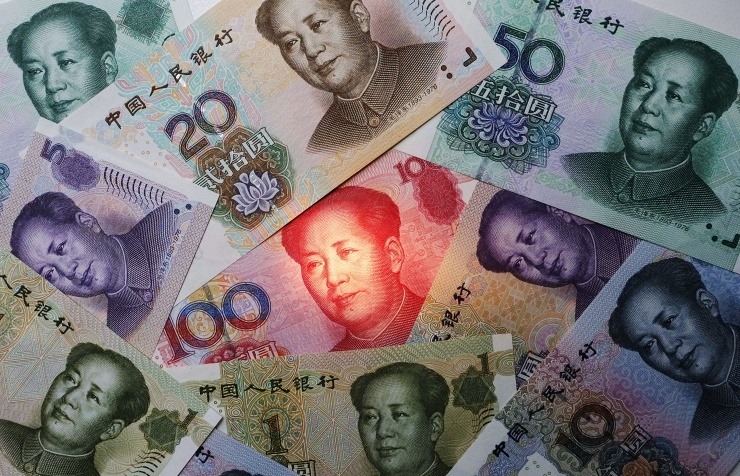 According to Lagarde, the decision of the Board of Directors to add Chinese yuan to the basket of reserve currencies is an important milestone in the integration of the Chinese economy into the global financial system. It is also a sign of the progress that the Chinese authorities have made in recent years to reform the monetary and financial systems of China. Continuing and deepening these efforts will create a more stable international monetary and financial system, which, in turn, will support the growth and stability of China and the world economy.

The Board of Directors made the decision at the end of the 5-year review of the foreign exchange reserve basket. The Board decided that the Chinese yuan meets all requirements and criteria and is a “freely usable currency”. Postponing adding it to the basket before October 1 of next year, according to the Fund, “will give everyone the necessary time to adapt to these changes.”

It was reported earlier, that the Russian Central Bank has added the Chinese yuan to the foreign exchange reserve basket, two sources close to the bank told TASS. They added the bank does not plan purchasing operations of yuan-nominated assets in the near future.

According to the bank’s third quarterly report for 2015, on December 31, 2014, the share of US dollar in the Russian reserves was 44%, euro accounted for 42% and British pound – for 9.5%. The reserves also include smaller amounts the Canadian and Australian dollars, the Swiss franc and the Japanese yen.

According to one of the sources, the decision to add the yuan was made in mid-November.

According to both sources, the share of Russian reserves in yuan in the near future will remain small and symbolic. The press service of the Central Bank said that the composition of reserves is officially unveiled with a six-month delay.

The Moscow Exchange, where the Central Bank could theoretically buy currencies for reserves, began to trade in yuan in late 2010.

Since then, the volume of trading in this currency has significantly increased.

Purchases by the regulator will increase the demand for the Chinese currency.

The Russian authorities announced a turn to the East, after the country found itself under sanctions of Western countries following the events in Ukraine. The sanctions in particular deprived Russia of the access to Western capital markets and technologies for developing hard-to-reach oil and gas deposits.

Russia and China plan to sign an agreement that will allow the two countries to build the necessary infrastructure to buy assets denominated in national currencies.

The decision of Russia’s Central Bank anticipated a possible decision of the International Monetary Fund to include the yuan in the basket SDR (Special Drawing Rights – international means of payment issued by the IMF).

Henceforth, the SDR basket of the IMF will include the US dollar, euro, Japanese yen, British pound and the Chinese yuan. According to the IMF rules, the authorities of the countries – currency issuers are required to conduct the policy that makes it easier for the Fund, and other countries to use their currencies. The composition of the SDR basket determines the currency composition of the loans to countries, which need the assistance of the fund.

« China’s Xi to Make Rare Stop-off in Zimbabwe on Route for Africa Summit» For the First Time, Brazilians See Corruption as the Biggest Problem