Chinese companies invest US$55 billion in Brazil over 10 years 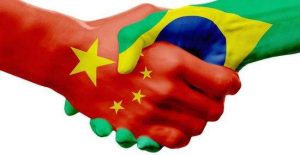 Investments made by Chinese companies in Brazil over the last 10 years amounted to US$55 billion, according to a survey conducted by the Brazil-China Business Council (CEBC).

The study, quoted by Brazilian newspaper Estado de São Paulo, considers the investment made by companies between 2007 and 2017 in about 115 confirmed projects, already carried out or under execution.

In 2017, 27 projects were confirmed by Chinese companies in Brazil, with a combined investment of US$8.8 billion, which exceeded the US$8.4 billion figure recorded in 2016, and was a record since 2010.

China’s commercial consul in Sao Paulo, He Jun, said Chinese investment growth was the result of a combination of growing interest from Chinese entrepreneurs in diversifying business, bilateral relations and greater Brazilian demand for privatisation of state-owned enterprises.

Most of the investments made by Chinese companies in Brazil in 2017 went to the electric sector, with more than US$6.0 billion invested, with companies such as Shanghai Electric and Spic Pacific Energy moving to operate hydroelectric projects.

Companies that had entered Brazil in previous years, such as China Three Gorges and State Grid, have said they had made further capital injections to modernise their assets.

The same study reveals that after three consecutive years of growth, Chinese companies’ investments in Brazil decreased in 2018, according to preliminary data, with only 28% of announced investments confirmed, which the CEBC considers a consequence of political instability in Brazil this year.