An assessment of China’s engagement with Africa confirms a significant range of benefits and potential benefits for both sides, writes Professor Garth Shelton. 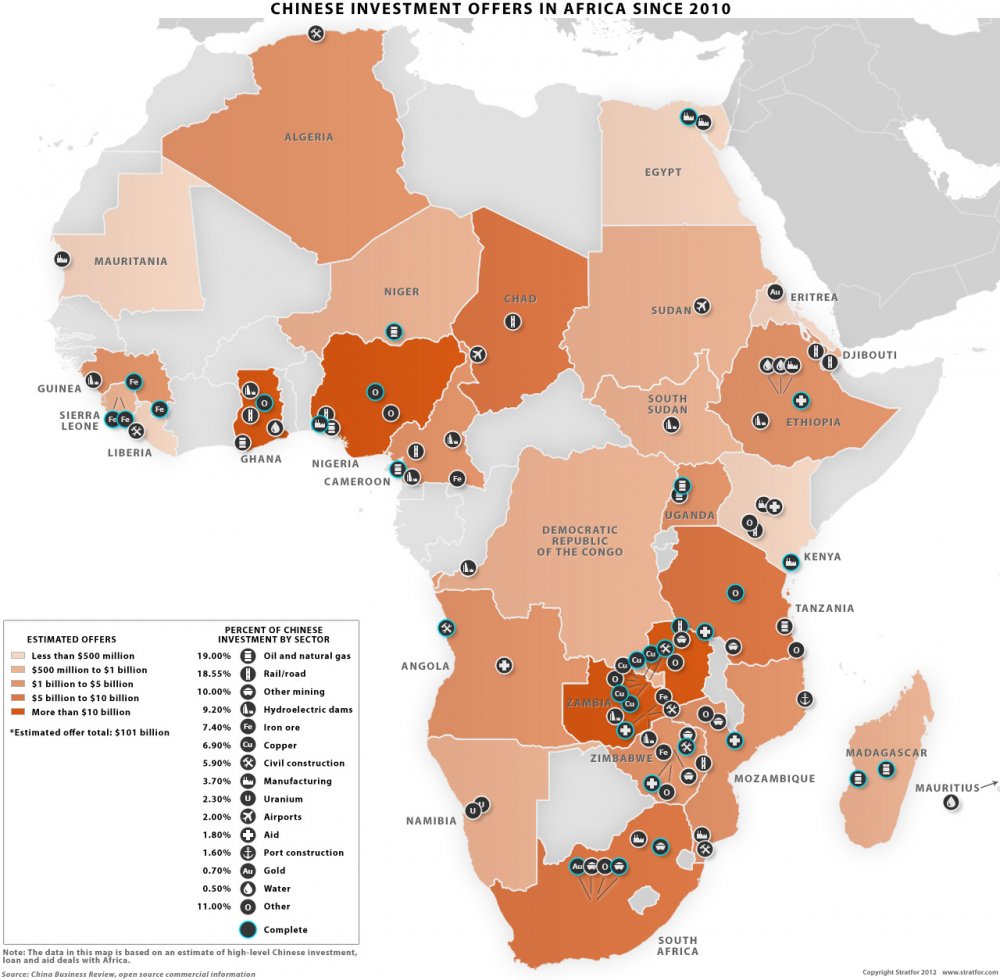 China’s ongoing engagement with Africa is a major success story and constitutes a positive example of co-operative interdependence.

The China-Africa trade relationship is important for China’s ongoing development, while commodity exports to China provide a foundation for economic growth across the African continent.

A strong complementarity between China and Africa, grounded on respective stages of economic development, gives Africa a unique opportunity to export commodities to a rapidly expanding Chinese market.

In exchange, Africa benefits from access to reasonably priced Chinesemanufactured products. This complementarity has seen China-Africa trade grow from only US$10 billion in 2000 to over US$200bn in 2015, a 30 percent annual growth rate during the past decade.

Besides the obvious economic benefits from closer China-Africa co-operation, the China-Africa relationship is firmly grounded on a strong historical friendship. Political solidarity between China and Africa dates back to the African liberation struggles where China was a committed and active supporter.

Since the founding of the People’s Republic of China (PRC) in 1949, the Chinese government has supported the African struggles for independence and national economic development.

At the same time, African countries have provided China with support on the restoration of its seat in the UN and on many other important issues relating to China’s core interests.

An assessment of China’s engagement with Africa confirms a significant range of benefits and potential benefits for both sides.

Trade data confirms that China is driving up the demand for oil, gas and other primary products which have positive outcomes in resourceexporting African economies. Moreover, as the Chinese economy grows and the Chinese middle class expands, the range of export opportunities to China will become enormous.

In effect, China’s economic growth offers new and growing opportunities to Africa and many other countries. The World Bank

has confirmed that China’s growing trade with Africa has given the continent a major boost, while the process of increased trade holds significant potential benefits for both sides over the long term.

China has been a key actor in this process, bringing new capital and technology to Africa.

Chinese FDI projects have grown significantly over the past few years and are expected to increase significantly in the future. Growing Chinese investments in Africa benefit local economies and create new commercial opportunities in domestic markets. China’s investments in hydrocarbons, mining, dams, road and rail systems, as well as infrastructure and telecommunications, are immensely beneficial for Africa’s development.

Chinese investments are, at the same time, promoting the establishment of small enterprises in Africa and new employment opportunities.

The IMF estimates that Africa’s growth in recent years has been close to 6 percent, the highest in 30 years, due in large part to China’s growing investment.

Moreover, China’s investment drive is providing an encouragement for the development of local economies and attracting new interest from other external actors.

Through road, rail and bridge building across Africa, China is providing the foundation for long-term economic growth on the continent.

Without adequate infrastructure, poverty and development cannot be effectively addressed.

The TAZARA rail line remains the model of China-Africa co-operation in the context of connecting African countries and providing a transport network for effective regional integration and economic development. China is now well positioned to build an African rail network which could form the foundation for long-term economic growth.

The majority of rail projects in Africa are now funded by China, such as the new rail projects in Nigeria and Angola as well as the Nairobi-Mombasa high-speed line and the link between Tanzania, Kenya, Uganda, Rwanda and South Sudan.

Besides the economic dimension, China and Africa are linked by a common objective to advance the South-South Agenda. In this context, China and Africa are seeking a stronger voice for developing countries on the world stage and in international institutions such as the UN, World Trade Organisation (WTO), IMF and World Bank (WB).

China is seen as an African ally in the struggle to democratise international forums and reshape global development agendas. Africa’s perception of China is shaped by China’s historical commitment to Africa’s freedom struggles and thus a strong and enduring sentiment of liberation solidarity underpins the relationship.

At the same time, China’s successful development model, based on strong state management of economic liberalisation and development, holds wide appeal in Africa where states are seeking to escape the poverty trap.

Promoting sustainable economic development will remain a key challenge for all governments over the next 10 years and beyond. In this context, Africa is expected to become increasingly important. Africa’s enormous mineral wealth and untapped human potential offers significant opportunity for future global economic growth.

Over the past 30 years, a cooperative interdependency has grown between China and Africa.

China needs Africa’s raw materials for growth and Africa in turn needs to sell these raw materials to China for its own continued growth.

At a political level, both sides seek reform of global institutions which constrain economic prosperity in the developing world. Thus China-Africa interdependency has created a special relationship grounded on a common economic and political destiny.

The challenge for both China and Africa is to enhance the current win-win relationship by strengthening forms of co-operation and developing new areas of innovative, commercial interaction.

The promotion of enhanced economic development over the next 10 years can be met through a China-Africa joint venture based on a common vision.

China has already made excellent progress in building this relationship and increased economic growth in Africa is testimony to the success of this interaction. Strengthening interaction and developing new avenues of co-operation would produce continued positive outcomes for both China and Africa.

On the basis of equality and non-interference, China and Africa have developed a friendly and constructive process of state-to-state interaction which promotes new opportunities for engagement, while at the same time offering a diplomatic system for congenial problem solving.

China is set to become Africa’s key development partner and is providing the infrastructure foundation for the continent’s longer-term growth, while Chinese loans and aid programmes are providing new opportunities for overcoming poverty and promoting prosperity.

The new challenge for China and Africa is to strengthen this process and build a sustainable, long-term relationship with major new benefits for both sides.

FOCAC can play a key role in this process, crafting a common longterm vision and promoting a mutually beneficial development partnership.

Identifying the precise programmes and processes which will ensure a sustainable China-Africa development partnership for the long term is the key task for those decision makers who are assembling in Joburg to finalise the FOCAC VI declaration and action plan.

The FOCAC VI summit thus offers both China and Africa an exciting opportunity to strengthen relations and to build a common vision for long-term co-operation.