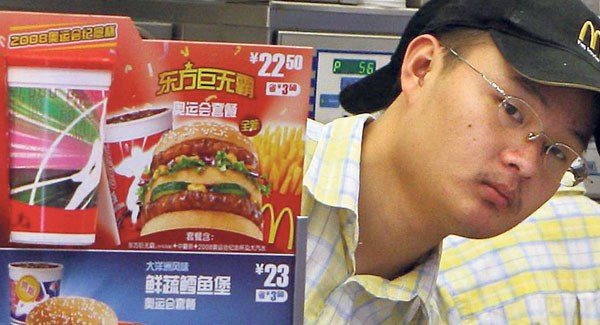 Following years of food scandals, from milk contaminated with an industrial chemical to the use of industrial dyes in eggs, and soya sauce made from hair clippings swept off salon floors, China has finally brought out a range of food safety regulations and legal penalties to clean up its food industry.

The new safety laws should enable further rapid growth for Ireland’s food producers who have a strong image for healthy uncontaminated products. Local producers have been the main perpetrators in the scandals.But increasingly foreign brands have also been hit by the scandals which have begun to erode their premium reputation in China.

Last summer, McDonald’s and KFC had to apologise to customers in China and Japan after a Shanghai television station reported a supplier, Husi Food Co Ltd, had sold them expired beef and chicken. Foreign brands trade on their reputation for quality, and have become increasingly worried about the traceability and security of their supply chain. With huge profits at stake, increasingly sophisticated food criminals have exploited both the Chinese consumer demand and the authority’s supervisory capacity.

Chinese consumers have lost faith in the integrity of their local food supply chain, and had turned increasingly to imported food products, much of this bought over the internet. In June, 7 new safety standards were introduced, including rules around labelling of content of food additives and flavourings. Last week, the lax rules on buying over the internet were strengthened so that all food imports by cross border e-commerce, known in China as CBEC purchases, are now subject to the same food safety rules as purchasing locally .

The latest measures by the China Food and Drugs Administration, AQSIQ, was concluded with the closing date on Thursday for all overseas manufacturers of imported food to register the full specification and test results proving the safety and traceability of their products. The new regulations on infant formula will have particular implications for Ireland’s dairy industry.

During the first five months of the year, China imported 60,244 tons of infant formula in total, increasing 19% from last year. Ireland is the second largest supplier after Holland. The top five exporting countries are Holland, Ireland, New Zealand, Germany and France. Ireland currently supplies 10% of the world’s infant milk formula but the hope is to increase production by 63% over the next five years.

The new Glanbia milk processing plant, officially opened in March of this year, is the largest in Europe with a capacity to produce 100,000 tons of milk powder for infant formula processing. Proposed new regulations that will tighten controls on infant formula producers are likely to spark a wave of consolidation in the sector. In addition, regulators plan to conduct more spot checks on the 176 formula manufacturers in Chinese markets, including 103 domestic producers and 73 foreign firms.

During the last crackdown in 2013, 51 of the 133 milk formula manufacturers had their production permits revoked. The major Irish producers of infant formula such as Abbot in Cootehill in Cavan, Nestle in Askeaton in Limerick, Danone in Cork and Wexford and Glanbia in Ballyragget and Belview are likely to be major winners from the new stricter regulations.

However, the new Food Safety Laws in China are also applicable to beef. In February 2015, the Chinese Government approved access for Irish beef, creating opportunities in one of the largest and fastest growing markets. At present, only six countries are permitted to export beef to China with varied levels of access: Australia, Uruguay, New Zealand, Argentina, Canada and Costa Rica.

Australia remained the largest official imported beef supplier to China in 2014, with 45% market share. Uruguay maintained the second largest imported beef market share in China, at 30%. Beef demand keeps rising, and the demand for beef will not be matched by Chinese supplies. Chinese agriculture is fighting for resources (feed, land and water) and one solution is to allow more beef imports.

Irish producers should find a strong demand for their beef products in China over the coming year. Rabobank in its first quarter 2015 pork report indicated that pork demand is expected to outpace supply in China, resulting in periodically tight supplies and upward trending pork prices in 2015.

Ireland accounts for 2% to 3% of total pork imports into China, with Rosderra in Offaly is the main exporter of pork to China.