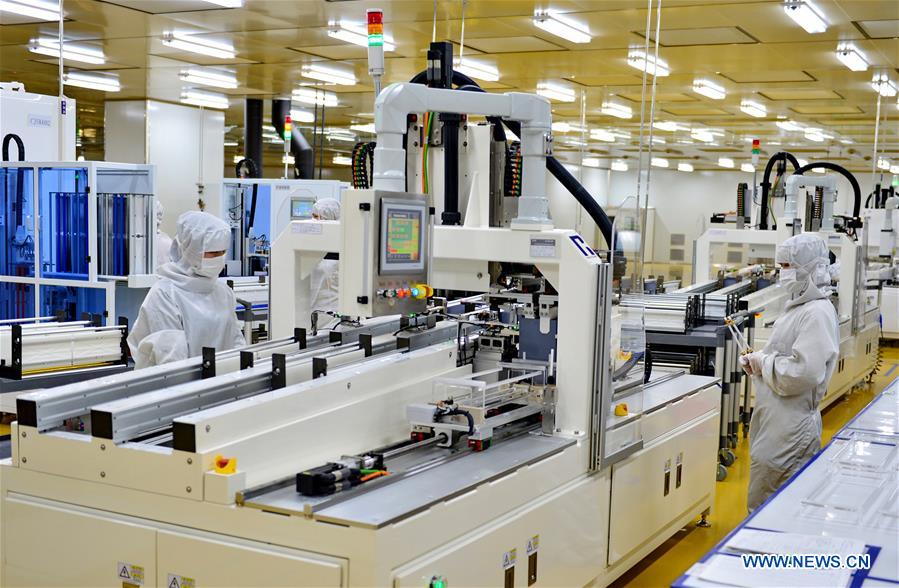 China’s manufacturing sector has expanded for the sixth month in a row, a sign the economy is stabilizing amid an uncertain global outlook.

The country’s manufacturing purchasing managers’ index (PMI) came in at 51.3 in January, 0.1 lower than in December, according to data released by the National Bureau of Statistics (NBS) Wednesday.

A reading above 50 indicates expansion, while below 50 reflects contraction.

NBS statistician Zhao Qinghe said the readings in January had remained at a high level since 2012, which pointed to steady expansion of the manufacturing sector.

Zhao attributed the deceleration of production and new orders to the Lunar New Year holiday, which reduces work days.

China reported 6.7 percent GDP growth in 2016, lower than in recent years but within the government’s target range.

Zhao noted that the sub-index for the high-tech manufacturing sector had increased by 1.9 to 55.7, remarkably higher than other sectors

The indices for exports and imports edged up to 50.3 and 50.7 respectively, staying above the 50 demarcation line for three straight months.

The NBS also said that prices of raw materials had posted a decline after several months of increases, creating bigger room for manufacturers to earn profits.

In addition, large companies continued to fare better than smaller ones, as large firms’ PMI stood at 52.7, with that for small companies at 46.4.

Zhao said that the steady growth of manufacturing could not conceal the fact that more than 40 percent of business owners had reported cash and labor shortages and weak market demand.

“It is key for policy makers to lower borrowing costs and boost demand to stabilize the economy,” he said.

Meanwhile, a separate survey of the service sector showed steady growth, with non-manufacturing PMI up 0.1 to 54.6.

The service sector accounted for more than half of China’s economy last year and for the majority of growth, as rising income made catering, hotels and travel services more affordable for Chinese consumers.

Analysts said that although the NBS data pointed to a good start for the economy in 2017, the country faces a string of uncertainties as the global environment becomes less predictable.

Although a full-fledged trade war is thought by many to be impossible, more trade friction between the world’s two largest economies is unavoidable in 2017, which could deal a blow to China’s manufacturing industry.

Analysts said that as the country moved to reduce excess industrial capacity and contain property bubbles, the manufacturing sector could maintain moderate expansion without sharp rises in 2017.