China Voice: China to Move Closer to Centenary Goals in 2017 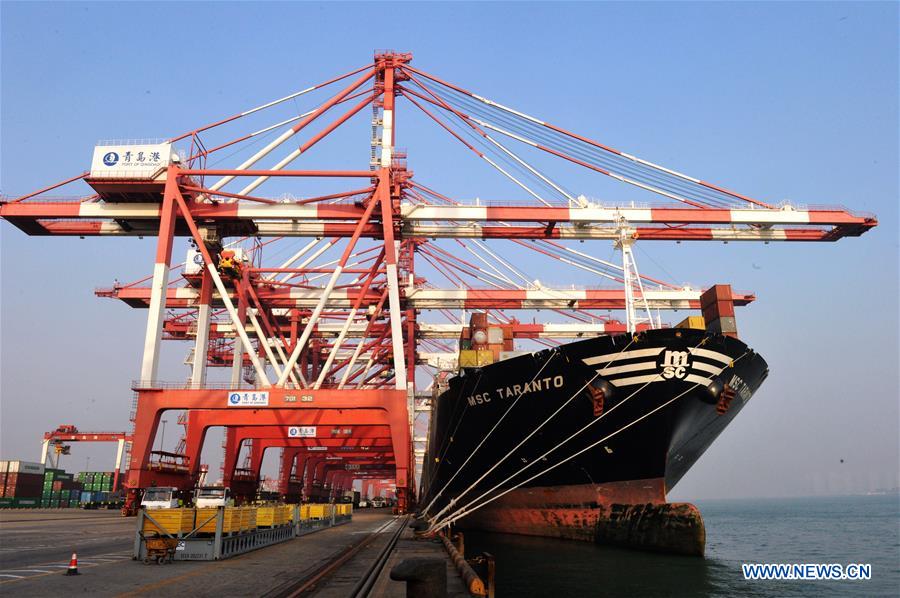 As 2017 begins, a significant year on China’s political calendar, the world is watching closely on how China moves toward its two centenary goals.

Although China’s development is in a period of strategic opportunities, the world’s second largest economy is facing complex external and internal environments.

Externally, people are concerned with the sluggish recovery of the global economy, lack of growth momentum, weak trade and investment, and the backlash against globalization, not to mention terrorist attacks and the refugee crisis.

Internally, China’s decades-long reform drive is now in a deep-water zone where easier reforms have been accomplished and remaining reforms are hard nuts to crack.

In the face of the need to rebalance the economy, China is tackling problems regarding reform, development and stability.

Yet despite these challenges, Chinese people are more confident than ever that the country will realize its two centenary goals, pegged to the 100th anniversaries of the Communist Party of China (CPC) and the People’s Republic of China.

According to the twin goals, by 2020 China’s GDP and per-capita income should double from 2010 levels, and the building of a moderately prosperous society should be complete. By the middle of this century, China should become a modern socialist country that is “prosperous, strong, democratic, culturally advanced and harmonious.”

The Chinese people’s confidence comes from the firm leadership of the CPC Central Committee with Comrade Xi Jinping as the core. The core leadership is of vital importance to the country and the Party.

Since the 18th CPC National Congress in 2012, the ruling party led by Xi has contributed new thoughts to state governance by drawing up a four-pronged comprehensive strategy of building an all-round moderately prosperous society, deepening reform, advancing rule of law, and strict Party governance.

In the economic sphere, Xi has promised extensive supply-side structural reform, including reducing pollution and phasing out excess capacity.

The country is seeking progress while maintaining stability and adapting to the new normal of economic development, by pursuing innovative, coordinated, green, open and shared development.

In addition, State Council agencies have canceled or delegated administrative approval power on 618 items, meeting targets ahead of schedule in a bid to cut red tape and streamline governance.

Breakthroughs have also been made in judicial reform, fiscal and tax reform, state-owned enterprise reform, and in the military where a tiered command system including the Central Military Commission and five theater commands – replacing the original seven military area commands – was installed as part of the reform of the military organization and a culmination of Xi’s military thought.

The results are encouraging. Today, China is one of the world’s fastest growing major economies and a top trading body. It boasts a strong military of over 2 million people and is the biggest contributor to international peacekeeping personnel among permanent members of the UN Security Council.

It had seen its rural population living in poverty decrease from 770 million to 55.75 million between 1978 and 2015. An additional 10 million were lifted out of poverty last year, and China is aiming to lift all out of poverty by 2020.

Never before have the Chinese people been so close to realizing their dreams.

In the meantime, the ruling Party’s battle against corruption has gained crushing momentum, netting both “tigers” and “flies.”

Among the tigers felled by the campaign were Zhou Yongkang, a former member of the Standing Committee of the Political Bureau of the CPC Central Committee; Bo Xilai, former Party chief of Chongqing Municipality; Xu Caihou and Guo Boxiong, both former top generals and vice chairmen of the Central Military Commission; as well as Ling Jihua and Su Rong, former vice chairmen of China’s top political advisory body.

As Xi once said: “All people are equal before the law and regulations, and the enforcement of such rules allows no privilege or exception.”

Pressing flesh and brokering deals, Xi’s busy globetrotting, which has already taken him to 51 countries in 24 trips over about four years, has brought China closer to its neighbors and distant friends alike, setting a new global agenda for peace, progress, prosperity and stability.

In particular, the Belt and Road Initiative proposed by the Chinese president has been participated in by more than 100 countries and international organizations, while the Asian Infrastructure Investment Bank, with 57 member states, has started operation.

Xi’s vision and efforts toward a fairer global governance system and a new type of international relations featuring win-win cooperation, as well as his busy globetrotting have helped China create an open, inclusive and responsible image on the international stage.

The 19th CPC National Congress will convene in 2017. Altogether, over 88 million Party members will choose 2,300 delegates who will assemble in Beijing’s Great Hall of the People in the second half of this year and elect a new Central Committee.

It is expected that by then the CPC will further elaborate on how to rule itself, how to lead the world’s largest developing nation to lift more people out of poverty and advance key reforms, as well as how to build a community of shared destiny for all humankind.