China Targets Landing on Far Side of the Moon by 2018 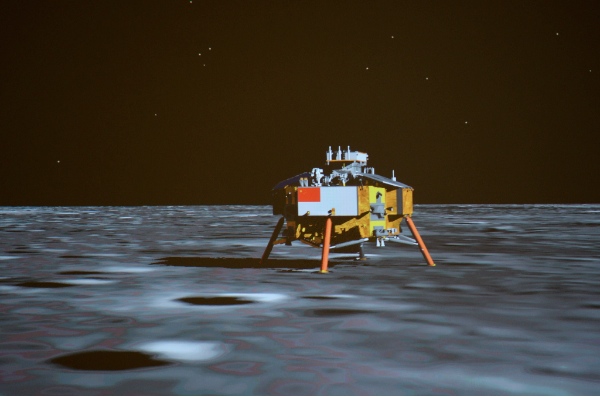 China says it expects to land a probe on the far side of the moon by 2018.

According to a White Paper – China’s Space Activities in 2016 – released by the State Council Information Office on Tuesday, the Chang’e-4 lunar probe will “conduct in situ and roving detection and relay communications at earth-moon L2 point”.

The White Paper comes as China allocates billions on the space industry and space technology over the past decade to compete with American and Russian space programs, as well as other Asian rivals like India and Japan.

The White Paper reveals that China has outlined three strategic steps of “orbiting, landing and returning” for the lunar exploration project by launching the Chang’e-5 lunar probe by the end of 2017.

The probe will carry out geological investigations on the surface of the far side of the moon.

“Geological survey and research as well as low-frequency radio astronomy observation and research will be carried out targeting the landing area on the far side of the moon for a better understanding of the formation and evolution of the moon,” the White Paper added.

China plans to send a rover to Mars around 2020, and land by 2021, to explore the Red Planet and launch 150 long range carrier rockets in the next five years for its ambitious space missions.