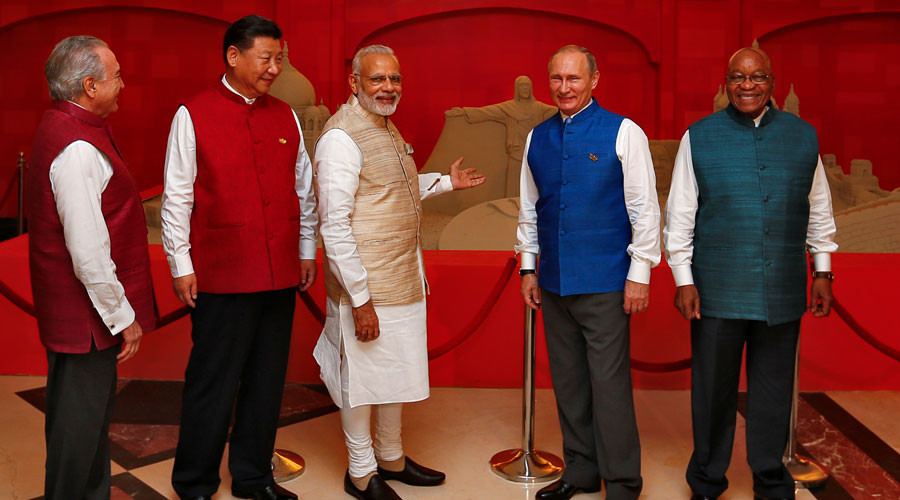 Speaking at the BRICS summit in India, Xi referred to the slowdown in economic growth among the group, saying its potential and strength was “unchanged” due to resources and workforces.

The five major emerging economies comprise about half of the world’s population and 30 percent of world economic output. Their share of global trade is around 17 percent.

British economist Jim O’Neill who coined the term BRICS, told the BBC he remained confident of the grouping’s success. It is “bigger today than even in the most optimistic scenario I thought 15 years ago, and it’s primarily because of China,” he said.

During the eighth annual BRICS summit held over the weekend in the Indian state of Goa, the leaders of the five countries agreed to strengthen cooperation and expand the role of emerging economies.

They also decided to accelerate the establishment of a BRICS rating agency.

The BRICS’ New Development Bank (NDB) will lend $2.5 billion in 2017, said the bank’s president Kundapur Kamath. Earlier this year, the NDB approved loans of $900 million to green projects in each member state.

“We recognize the positive BRICS impact on the overall growth of the global economy after the 2008 financial crisis. The BRICS states are ready to support macroeconomic growth and promote world trade,” Indian Prime Minister Narendra Modi said.

In terms of the summit, Russia and India signed a number of multibillion dollar agreements regarding military and economic cooperation, and have officially started the second phase of the Kudankulam nuclear power plant. They also agreed to create an investment fund with a budget of a billion dollars to support 20 selected Russian and Indian projects in infrastructure, construction, and innovation.